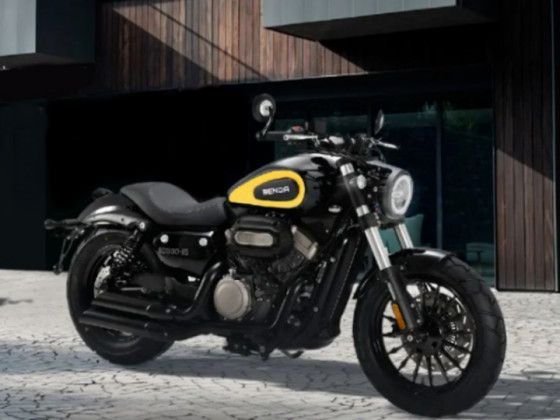 In 2020, Chinese bikemaker Benda announced the arrival of its BD300cc cruiser, one that would offer the American cruiser experience at a pocket-friendly price. The following year it made its European debut and presented itself as a competitor to the popular Honda Rebel 300. Now for 2022, the Chinese variant has received a host of updates that make it better equipped and ready to offer more value than before.

The heart of the BD300 cruiser is a 298cc, V-twin, liquid-cooled engine that’s mated to a six speed gearbox. While the power specifications are still the same at 30.5PS and 25.3Nm, the first critical change for 2022 is seen in the gearbox. The Chinese-spec model now gets a slipper clutch, which should offer a refined riding experience. Benda has even tweaked the crankshaft structure to reduce vibration from the V-twin engine to further improve refinement levels.

In terms of features, the monopod LCD console is now bigger but, more importantly, the motorcycle now gets a useful traction control system. Other changes include new brake pads, new routing of the exhaust, which is now a single-sided, twin-exhaust system with a new texture claiming to offer better heat management. The BD300, which is also known as the Chinchilla V2, will also get new colours – powder blue, ivory white, dark gray, desert black and yellow.

The prices for the 2022 BD300 are yet to be revealed; however, the previous version for China was priced at 19,980 Yuan (roughly Rs 2.32 lakh), and we expect the new prices to be within the same ballpark. We will unfortunately not get the Benda BD300 in India, but if you're in the market for a 300cc cruiser, have a look at the Royal Enfield Meteor 350.