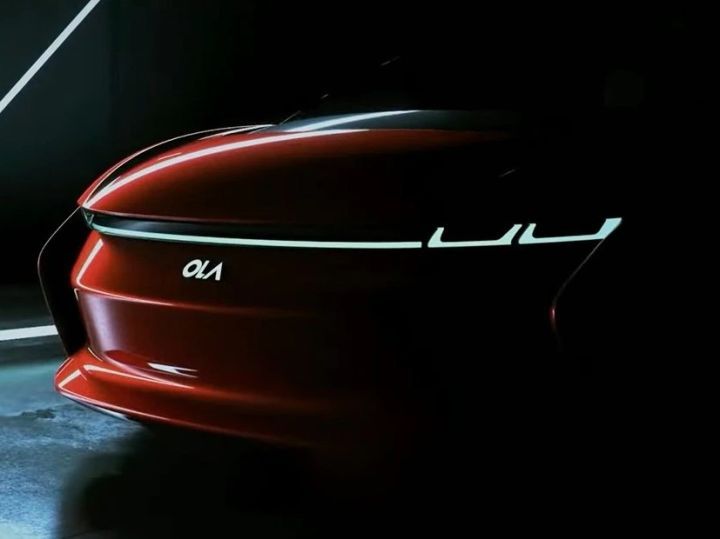 Ola Electric’s CEO Bhavish Aggarwal announced that the automaker’s next electric vehicle (EV), possibly its first electric car, is set to be unveiled on August 15. The latest teaser also hints at Ola’s plans to announce new details for its future endeavours in EV production and battery development and manufacturing.

Super excited to announce a new product this 15th August!
Will also share more about our BIG future plans!!
Do watch the livestream. Sharing time and link soon. pic.twitter.com/mqWcilqoFW

Since the beginning of 2022, Ola has given us glimpses of upcoming electric four wheeler concepts, starting with a sleek electric hatchback. In June, the carmaker teased multiple electric cars with a shared design language and distinct body styles – hatchback, coupe and coupe-SUV.

No information has surfaced with regards to the specs, interiors or features of the upcoming EVs, but Ola has hinted at the possibility of autonomous driving tech in a modified golf cart demo vehicle. Expect the production-spec versions of the electric cars to debut sometime in 2023.

The electric cars are expected to be produced at Ola’s Futurefactory in Tamil Nadu. The same facility is intended for the manufacturing of the brand’s new 2170 lithium-ion cell battery and the battery packs for the upcoming EVs. The automaker has been approved to produce up to 20GWh of battery capacity annually, and is one of the two beneficiaries of the production-linked incentive (PLI) scheme by the government.

Ola’s new plans are an exciting development in the Indian EV space that’s currently dominated by mainstream carmakers such as Tata Electric Mobility and Mahindra Electric.