On paper, the FZ25 seems underwhelming. Has Yamaha lost the plot or is the FZ25 a masterstroke? 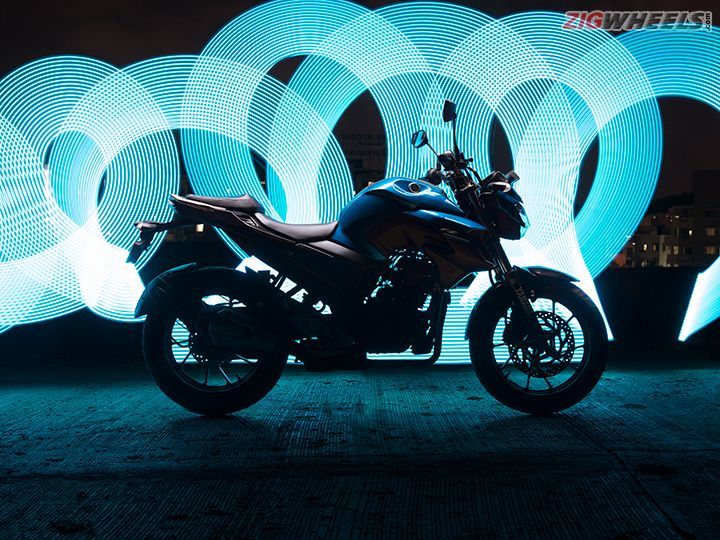 Yamaha made its name in the Indian bike market as a performance brand. The YZF-R15 was a testament to what Yamaha was about: performance and the joy of riding. Somewhere down the line, the focus shifted towards scooters as that's where the profits lie. However, Yamaha could not ignore the burgeoning entry-level sports bike segment that, in India, ranges from 200cc to 400cc. The YZF-R3 was brought in but did not make much of an impact, not owing to its capabilities, but to its high asking price and the presence of formidable players like Kawasaki, Honda and more notably KTM. Yamaha not only needed something in the sub-250 space but needed something more affordable. Something out of the box.

On paper, the FZ-25 seems underwhelming but is it more under the skin? Is the Yamaha DNA enough to redeem it in the eyes of Yamaha loyalists and enthusiasts alike? We had the FZ25 for a while to find out the answers.

The FZ16 has been one of Yamaha's most successful models in India mainly because it struck a chord with the young enthusiast. The mass-forward design and chunky rear wheel exudes the visage of a muscular bike and the FZ25 carries forward the same design philosophy. This also carries the advantage of retaining FZ16 owners looking for an upgrade. While the design theme remains similar to the FZ16, the FZ25 now looks more lithe and muscular. Pictures do not do the bike justice as in the flesh, the bike looks bigger and upmarket. While paint quality and panel fit and finish is top notch, the panels themselves feel flimsy. While it may reduce weight, the same cannot be said for durability.

Other areas where cost cutting is evident are the simple instrument console, conventional turn indicators and no ABS. You do get LED headlamps and tail lamps. The headlamp gets two LEDs for the low beam and one for the high beam. The illumination is not as bright as you would expect from an LED setup and could have done with a better beam spread. The small instrument console is all-digital and shows a tachometer, speedometer, current and average fuel efficiency, fuel level and two tripmeters. It misses out on a gear position indicator. The information is easy to read on the go.

The riding position is similar to the FZ16 - sporty yet comfortable enough for long rides. The large 14-litre tank has large knee recesses that are usable even for taller riders. The tank also has recesses in front to accommodate the wide handlebar. Both rider and pillion seats are wide and offer the right amount of cushioning. They are quite comfortable and you should be able to ride 100 kilometres at a stretch without discomfort. The FZ25 has a diamond-type frame and has a 1360mm wheelbase, 20mm shorter than the YZF-R3. A shorter wheelbase with a lighter front end affords the FZ25 to be light on its feet. This can partially be attributed to the low kerb weight of 148kg. The front end feels light and quick to steer, a boon in the city. The front 41mm forks and rear monoshock are well tuned and handle well while not compromising on ride quality. The ride is on the firmer side but absorbs bad roads and potholes quite well.

The tyres are 100/80-section at the front and 140/70-section at the rear. The MRF Nylogrip tyres have a softer compound to offer better grip. The handling, while not as sharp as the KTM Dukes, feel surefooted and is engaging enough to keep experienced riders happy. Braking is via a 282mm front disc and 220mm rear disc. While ABS is missing, the brakes deliver good feedback, have good bite and feel progressive. Despite the non-ABS assist, braking time was good. During brake tests, the FZ25 came to a standstill from 80kmph in 3.61 seconds, covering a distance of 30.02 metres. The 60-0kmph times were 2.89 seconds, covering a distance of 15.85 metres. While braking times are on par with some 200cc bikes we have tested, braking distances are significantly shorter.

The FZ25 comes with an air- and oil-cooled, 249cc, single-cylinder fuel-injected motor. Power output is 20.9PS while torque is 20Nm, modest figures for a 250cc bike. However, peak power and torque is made at 8000rpm and 6000rpm respectively, which is way lower than the competition. That does make performance a lot accessible. The torquey motor offers a lively bottom and mid-range with power only tapering off at the top reaches of the rev band. Fuelling is precise with no snatch at low revs. The five-speed transmission has shorter ratios which help give the FZ25 more poke where it matters: at low speeds.  During acceleration tests, the FZ25 turned up to be surprisingly quick, posting a 0-60kmph time of 3.77 seconds and a 0-100kmph time of 10.33 seconds. The quarter mile run was dispatched in 17.32 seconds with the FZ25 registering a speed of 117.22kmph.

What the shorter ratios give at low speeds, it takes away as the speeds increase. The short gearing means the engine runs at higher revs at highway speeds. This is not an ideal situation for touring as it makes sustained riding tiresome. This also limits the true top speed to 123.91kmph. The powerplant coupled with the light chassis make the FZ25 a hoot to ride in the city and that's where its true strengths lie. Roll on tests revealed the FZ25 complete the 30-70kmph run in third gear in 4.70 seconds. 40-80kmph in fourth gear was dispatched in 5.93 seconds. The motor feels immensely tractable in city speeds where you can stay in higher gears. This reflects in fuel efficiency figures as well where the FZ25 returned an impressive 45.6kmpl. Fuel efficiency on the highway dropped to 31.17kmph owing to the high engine rpm needed to run at highway speeds.

Yamaha set off making the FZ25 with a different focus altogether: A relatively affordable 250cc motorcycle that would be the perfect upgrade for commuters moving up from the realm of 150cc bikes. They seemed to have succeeded quite a bit at that as well. At Rs 1.19 lakh (ex-showroom, Delhi), the FZ25 is the most affordable 250cc motorcycle available in the country. It serves as a good upgrade for those looking to trade up from their 150-180cc machines with its added dose of style and practicality and unintimidating performance. As for performance, it might not feel as competent as its rivals but as a package, the FZ25 has a larger audience, having something for everyone. And despite its simplicity, it delivers that all-important joy of riding. A sweet package indeed.