Toyota Glanza vs Rivals: Premium Hatchbacks Put Through Their Paces 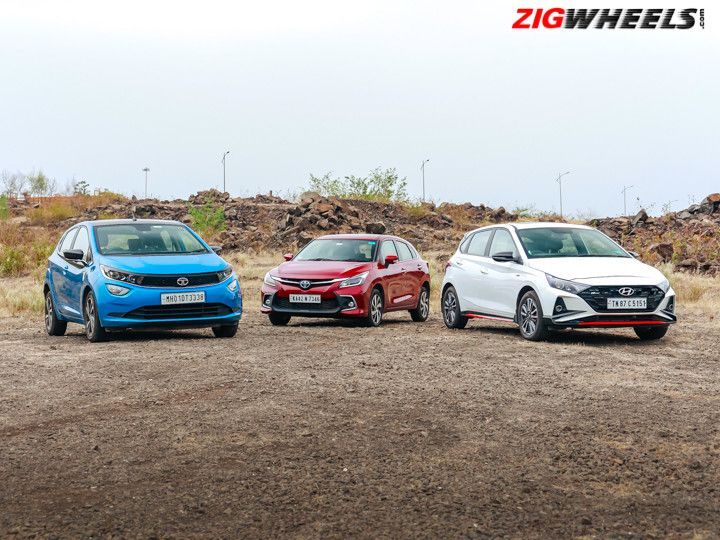 Premium hatchbacks promise a superior package when it comes to their overall ownership experience. The competition, though, has become stiff, and Toyota has updated the Glanza with a more premium outfit to keep it up with the times. In this report, we pitch this car against two important competitors – the Tata Altroz and the Hyundai i20 – to find out which one is fun to drive.

The i20 has the better hardware with discs on all four corners, while the other two rely on a disc/drum setup. And thankfully, the better braking system does translate to better stopping power as the i20 managed to beat the Altroz by a smidge, both from 80kmph and 100kmph. The Glanza, on the other hand, comes third in this test, with the other two cars beating it by a significant margin.

All three models offer good brake pedal feel and they are easy to modulate with a reassuring feel when you stomp on them.

The Altroz is the reigning champion in our cornering test, with the diesel model knocking just one cone at 70kmph. On the day of this test, the track was partially damp and things could have turned in favour of the Glanza or the i20.

Starting off at 65kmph with the three cars there was not too much drama. They all managed to hold a tight line with just a hint of understeer beginning to kick in. The Altroz feels the most confidence inspiring, the Glanza does well for its first time at the corner, and the i20 N-Line, with its updated suspension and weightier steering, feels surprisingly similar to the stock car we tested here a while back.

Since none of them had knocked a cone, we decided to push it to the limit at 70kmph. The Altroz retained its crown again, knocking over just a single cone. There was more understeer, but not as much as the other two cars. The Glanza was the next best, understeering wide mid corner into the 1st cone and then oversteering a little, with the tail just brushing the 2nd cone over here as well. The i20 was the widest of the three. It started to understeer early and ploughed through the first and second cones. It also ran a much wider line than the Glanza and that’s why it finished 3rd in the cornering test.

In the water test we ran the first car at our usual 30kmph over a really bad road. This turned out to be too slow, and barely any water spilled. So, we had to up the ante by increasing speeds to 35kmph. Still the Altroz and the i20 N-Line impressed us, spilling just 20ml of water each. The Glanza is much softer sprung and was unable to take the really rough stuff and ended up spilling 50ml of water.

On Road Ride And Handling

If you want a plush riding car, look no further than the Glanza. The soft suspension is the most comfortable at city speed and undulations, and even speed bumps are gobbled with ease. Plus, the suspension is the quietest of the three here. But over really bad roads it starts to get out of its comfort zone. Big bumps can unsettle the cabin, and go too fast, and the suspension will bottom out. At highway speeds it’s again comfortable, but the cabin does take a couple of moments to settle down after larger undulations.

The i20 really surprised us while traversing over bad roads. Hyundai has basically taken the suspension from the standard car and beefed up the dampers’ stiffness by 30 percent. So, while going over really bad roads this prevents side to side body movement. So there you go – real-world proof of how the sporty i20 managed to spill less water.

Also Read: Tata Tigor EV vs i-CNG: Which Is Frugal Yet Fun?

You can hear the suspension work at times though, especially over reflectors on the road and expansion joints; and it’s the more sportier riding car at city speeds, too. But get it out on the highway and it rides the most stable of the three.

At slow speeds, the Altroz’s suspension is at its best, giving a flat ride quality over undulating surfaces. But up the pace, and you would feel and start to hear the imperfections creep in. Over really broken roads it rides as compliantly as the i20. On the highway, the Altroz is just as good as the i20 N-Line, and overall it still offers the best balance of the three.

When it comes to price, the Altroz regains a point here as it has the lowest starting price. Also, the Rs 10.15 lakh sticker price for the top-spec diesel isn’t too far off from the Glanza. So, it makes more sense if your usage is going to be on the higher side. The Glanza plays middle ground here, while the i20 is the priciest of the lot.

The Altroz ends up being the winner of this test by virtue of acing the cornering test again and still having the best overall ride quality. The i20 was a close second, and while we were surprised that the sporty version of the i20 N-Line didn't fare better in the corner test, it still offers a lot in terms of driving experience, powertrain options and overall ride quality. The Glanza fell behind against this competition. Its strength lies in a spacious and practical cabin, comfortable city manners and a refined and efficient petrol engine. 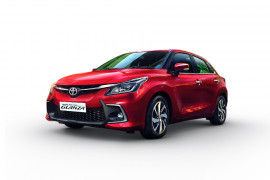