A Duster in a slicker suit promises a lot! We investigate. 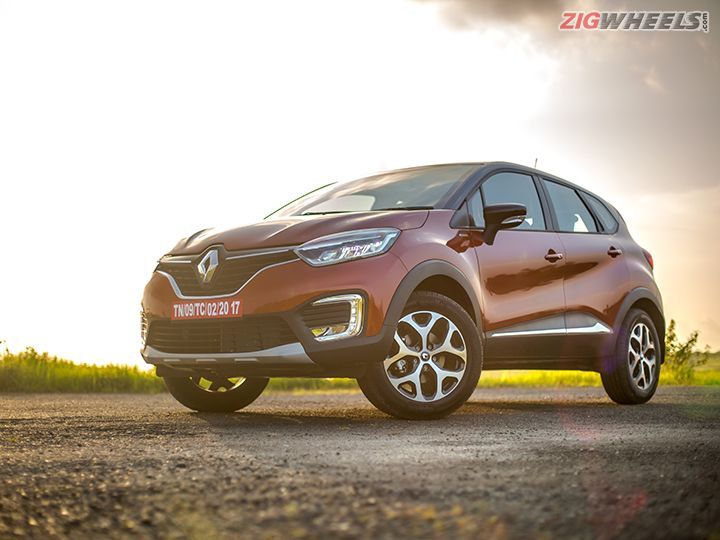 It all starts with...

The Logan. You forgot that, didn’t you? The Duster that we love is after all a Renault Logan underneath. The Logan was a hardy machine that boasted a lot of the traits that we love about the Duster today - superb rough road performance, great drivability and very spacious. Basically, very right for Indian needs! But, even by Wartzit Standards the Logan lacked appeal. Enter the Duster, and, problem solved. Despite the somewhat tacky interior quality, we couldn’t get enough of the superb rough road ability that was now wrapped into a proper SUV-like avatar. But, half a decade later, the Duster needs help. On the one hand it is fighting sub-4-metre SUVs like the Ford EcoSport and Maruti Suzuki Vitara Brezza, and, on the other, the new breed of more premium compact SUVs like Hyundai’s Creta and Jeep’s Compass.  Now, help has arrived in the form of the sleek and sporty Captur! It’s pronounced ‘capture,’ by the way.

A Premium SUV with Crossover DNA

... their words, not ours. Translated crudely by Team Zig this means the Captur has still got all the tough-life goodness that was baked into the Duster, but it looks swoopy and cool. At 4329mm from sexy nose to tidy tail, the Captur is 14mm longer than the Duster, while the wheelbase is identical. So, despite its sleekness, it is going to look confident on the road. It almost seems like the Captur grows and expands from the Renault logo that sits on the technical looking and handsome grille. The chrome band fans out into the striking all-LED headlamps. The hood sweeps upwards from here and steeply raked A-pillars unfurl down the sides. The roofline looks like it’s properly wind-blown too, streaking back sharp and clean. All put together, the Captur boasts a chic yet sporty attitude.

While the segment-first all-LED headlamps will attract a lot of attention, smaller details like the C-shaped LED DRL elements and the swipe treatment for the turn indicators give the design added sophistication.  The tail lamps are LED too and wrap around a tidily packaged rear. But bring the lower half of the Captur into focus and you realise that this Renault means business. Rising from the large 17-inch crystal-cut alloy wheels you get 210mm of ground clearance, unladen obviously. The grey plastic cladding that hugs the lower section and the softly rounded shoulder line suggests strength. While the Captur looks distinctive from the rear, its shared gene pool flashes through from some angles here. Try this: Cover the top half of this pic. You’ll see.

Renault will offer customisation packs called Diamond Deck and Urban Connect to help make your Captur stand out further. These use different graphic treatments for wing body parts and panels like the wing mirrors and the roof to add some more personality to the Captur. And oh, there will be a special pack for chrome lovers too.

Yes, you’ll find some familiarity, some freshness, signs of budget constraints, and a sense of satisfaction. There’s a little bit of give and take all around. First, the dual-tone dashboard curves down gently; while it looks minimalistic, it also looks strong. One nice touch here is how the door pad flows into the dash, something like the yacht’s line you see in Jaguars. The plastics aren’t soft to the touch, but the texture lets them pass off as a richer material, and the finish is fairly pleasing to the touch. The 7-inch touchscreen borrowed from the Duster has been optimised for faster boot up and quicker triggering of the reverse camera when required. However, there are no dynamic guide lines for the reversing camera, and there is no Android Auto or Apple CarPlay connectivity here. Ouch!

The controls for the air con system will also be familiar to Duster users. However, the soft rubberised dial for the temperature control feels better to use and, after darkness falls, you will appreciate the soft white-backlit surround for the panel.

A clear highlight on the Captur has to be the beautifully binnacle-d, intelligently LED’d, and cheekily laid out “Infinity Instrument Cluster.” It deserves the fancy name. While the steering design and the layout of switchgear is akin to what we have seen on Renaults before, the Captur gets an engine push-to-start button on the floor console, just under the center console. Features such as automatic rain-sensing wipers and headlamps, and cruise control are also offered here.

The switch for the cruise control is located to the right of the steering wheel, next to headlamp-level adjustment scroll buttons

Renault plans to establish the Captur’s premium positioning in different ways. One idea is to launch only the higher trim variants. So, even the “base” variant will pack dual airbags, ABS, infotainment system, alloy wheels, auto climate control and an infotainment system. At the top end of the scale will be an all-new trim level that’s debuting in India, called Platine. This pack features a gold and white colour theme for the interiors. White is used for the lower dash plastics, the leather pads on the door and the very premium quilted leather seats. The gold elements, more like bronze, are plastic rings that surrounds the round air-con vents on the dash and the infotainment system at the centre.

The large front seats will accommodate larger frames and the side bolstering is supportive too. However, both the seats are set too high and while this is good for really short drivers, six-footers will find the headroom to be tight. Passengers in the rear will be comfortable as there is enough knee room and headroom for taller occupants. While the Captur has plenty of space, it won’t feel as airy and relaxing as the Duster as the window line is high and the A-pillar is quite raked. In the second row, the Captur packs AC vents and an armrest -- features developed specifically for India. Nope, no third row here. Instead you have a 392-litre boot to stow lots of luggage in.

Under the hood Renault is offering a 1.5-litre H4K 106PS petrol engine and a 1.5 K9k 110PS diesel engine. For now both these engines will be offered only with manual transmissions -- 5-speed and 6-speed respectively. All-wheel-drive options for the Captur are not on the cards for now.

There are a few things you need to get used to as you hit the road. First is the perched up high seating position, but you quickly realise that the all-round visibility is very good. Second, the steering wheel feels a bit too chunky to hold for smaller drivers and the weight also requires you to apply a bit more muscle to steer it around.

Our taste of the Captur was only in the diesel guise. The familiarity of the K9K motor makes it easy to overlook its strength. Drivability at low revs is decent, and from 1750rpm onwards it leaps ahead. Unless you are in the Eco mode, the engine feels strong well over the 4000rpm mark. While the Eco mode softens the torque rush, it also dulls the throttle response too much to make it a mode we’d use everyday. The somewhat heavy clutch -- yes, nothing new -- might prove to be a pain in stop-n-go city traffic, but the short throws on the gearbox bring fun into the equation.

One distinct difference we experienced was the way the Captur rode. There is an added layer of firmness that can be heard as a distinct “thunk” over some of the smaller imperfections. The upside of the suspension setup is that body roll is well controlled in the Captur.

No, don’t fantasise about it as a sporty SUV, but it is nevertheless well mannered and safe, and we appreciate that. We repeatedly chucked it into corners to find that steady understeer was brought to heel by the electronic nannies pretty rapidly. But let the big stuff come your way and the Captur, with its 210mm of ground clearance, will gobble it up.

It’s a bit strange when you break the Captur down into bits. Look at what it feels like to drive, and you will find familiarity. The ride and handling, although different from the Duster, isn’t dramatically so. The cabin transcends the scale used for the Duster and convincingly delivers a more upmarket and appealing experience. Wow-inducing, not quite. But, somehow, the simplicity and effectiveness of what the Captur can do and accommodate, blended with its aesthetic appeal, leaves an impression that lingers on.

With prices starting at Rs 10.0 lakh and the Platine (the one we have here) costing Rs 14.06 lakh ex-showroom Delhi, the Renault Captur is a temptation worth indulging in.