The Altroz finally gets an automatic transmission and Tata has gone the whole hog by giving it a proper dual-clutch automatic. So the simple question we’ll be answering here is: how well does it drive? 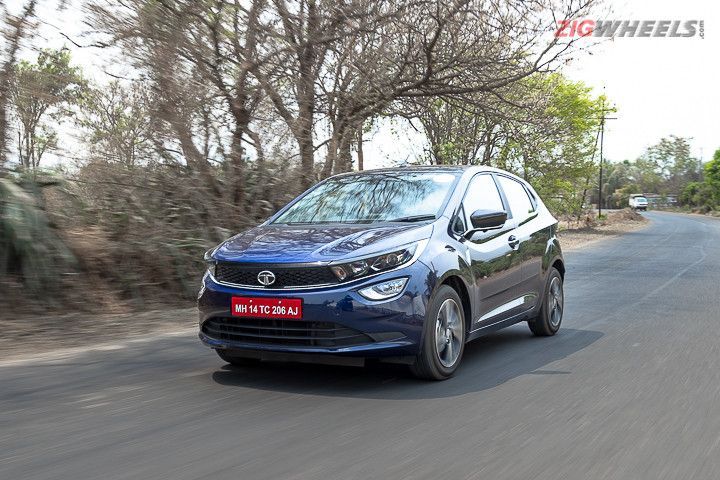 I’m driving a Tata Altroz through Pune’s evening rush hour traffic, and there’s one big difference: the lack of a clutch pedal. Yes, Tata’s premium hatchback finally gets an automatic transmission after over two years of its existence. Surprisingly, it was the only one in its segment without an automatic gearbox all this while, and instead of a cost-effective AMT, Tata has plonked in a 6-speed DCT. But there’s a catch. This gearbox is paired with the 1.2-litre NA petrol engine instead of the i-Turbo.

So, naturally, eyebrows are raised and expectations are high and questions need answering. But before that…

The Altroz’ ‘box, outsourced from Punch powertrains, is different from your regular crop of DCTs as it’s the first one in the world to use planetary gears, a tech similar to conventional torque converters. So, the first clutch operates two planetary gears while the second one operates three. Three into two equals six, voila!

It’s also a wet clutch unit, which is much more reliable than a dry clutch unit, especially in bumper-to-bumper traffic. And finally, it gets an ‘Auto Park’ feature, which shifts the transmission to park if you forget to shift it manually while leaving the vehicle.

So what does this mean to the end user? For starters, the gearbox isn’t as heavy as a conventional DCT and mainly, it’s more cost effective. In fact, the Altroz DCT commands a premium of Rs 1.07 lakh over the manual variants, as compared to other offerings which ask you to shell around Rs 1.5 lakh.

So, with the small tech talk done, we’ll get to the main point.

How Does It Drive?

Let’s make this simple for you: if you’re eyeing the Altroz’ naturally aspirated petrol variants, spend the extra moolah and get the DCT. It makes up for the lack of outright grunt from the 86PS 1.2-litre three-pot motor by ensuring it’s in the right gear, keeping it at the meat of its powerband. Yes, first impressions are positive from Tata’s premium automatic hatchback.

In town, on part throttle, the gearbox shuffles through the gears early behind the scenes with quick shifts. As a result, there’s none of the head nods you associate with an AMT. Ratios of the first three gears are short, and with quick gear changes, the Altroz DCA builds up speeds nicely to keep up with moving traffic. Plus, the logic between second and third gear is nicely tuned as the ‘box shifts between them to keep you moving in traffic.

On open roads, the Altroz gets up to cruising speeds more effortlessly than the manual as the DCT keeps you in the right gear to keep the engine spinning in its powerband. Plus, the transmission lets you hold on to a gear for a while if it detects you’re driving with a hard foot. You can do 80-100kmph all day long, but demand anything more from it, and it’s the engine that fails to deliver here, especially for spirited driving. A look at our VBOX figures reveals that the Altroz DCA did the 0-100kmph run in 18.25 seconds, which isn't quick by any means.

Another shortcoming of the ‘box is that it takes a moment to shift down as it decides which gear to pick. Combine this with the lack of power from the engine, and overtaking will need some planning. You can overcome this by pushing the lever to manual and using the tiptronic function, but it's not a pure manual mode where you can let the engine bounce off the rev limiter.

It automatically shifts up a gear at 6000 rpm, but there’s no point pulling it up there as it’s all noise and no speed. Plus, if you let the revs drop, it’ll shift down a gear if you put your pin on it. So, you won’t really miss paddle shifters as it isn’t a proper manual mode. Once again, the logic behind this is to protect the clutch and to keep the engine spinning at its sweet spot for effortless progress. The ‘box is quite clever and it deserves to be coupled with a more powerful engine.

Speaking of which, Tata says this gearbox is capable of taking a load of up to 200Nm. So, there are chances we could see it in the Altroz Turbo, Nexon, and the Punch Turbo in the future.

What Else Is New?

The Altroz can now be had with a new Opera Blue body colour which is standard across the range. But surprisingly, the trademark High Street Gold (pictured below) isn't offered with the DCA. Apart from that, the Altroz gets similar upgrades as seen in the i-Turbo variant that was launched in January 2020. Not a bad thing in our opinion as the Altroz still remains a smart looking hatch.

For more insights about the Altroz, read our in-depth first drive review by clicking these links below:

The Altroz DCA isn’t for the enthusiastic driver and won’t get your heart racing. That’s mainly due to the fact that the naturally aspirated engine doesn’t offer the punch to put a smile on your face. Sad, because the Altroz’ impressive ride and handling package begs you to push the car hard, especially on a winding road.

But what the Altroz DCA does brilliantly is to take you comfortably from point A from point B without any effort. The tuning of the transmission is brilliant and practically masks the lackadaisical nature of the engine for a more effortless drive, especially in traffic and cruising speeds. And considering that its premium isn’t as high as other DCTs, which generally command around Rs 1.6 lakh over the stick-shift variants, the Altroz DCA speaks tremendous value for money.

As we mentioned above, it’s the gearbox that is the highlight here and it’s our pick of the choice for the 1.2-litre petrol variants. Its true potential can be unlocked when mated with a more powerful engine and we hope Tata offers the DCT with the turbo-petrol engine, which would not only make it more potent, but more fun behind the wheel as well.