First there was the Santa Fe then the Creta and now this, the Tucson. Hyndai seems to be on a relentless onslaught with its SUVs. But does the Tucson look promising enough to echo the success of the Creta. 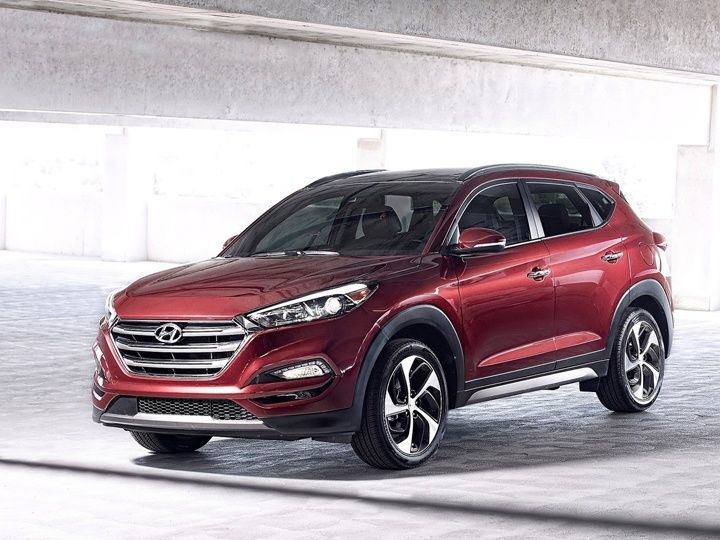 The first generation Tucson wasn’t exactly a looker and to be completely honest India was then unready for the idea of a compact SUV. But that was half a decade ago and since then not only has the Indian market matured but the design of Hyundai as a car manufacturer has come a long way as well. And since the Tucson couldn’t really take off despite Hyundai’s best efforts it was taken off the market. Hence the second generation of the Tucson was skipped but the third gen model is here in all its glory.

Aesthetically it looks like a slightly smaller version of its elder sibling, the Santa Fe. It follows the Korean car maker’s fluidic design philosophy and features wraparound headlamps and tail lamps just like on the Santa Fe. Needless to say it comes with LED DRLs as well. The large chrome hexagonal grille is also in place. The wheel arches are quite prominent both up front and at the rear and the high shoulder line runs almost the entire length of the car. Couple that with a slightly sloping roofline and you get an SUV with a rather sporty stance.

The cabin is finished with good quality materials. There is liberal use of soft touch plastic and brushed aluminium finish. Convenience features have always been the highlight of Hyundai’s interiors and the story is no different here. An 8-inch infotainment screen sits in the centre of the dashboard and comes with built in satnav, a smart parking system, electrically operated tailgate, reclining rear seats, electrically adjustable seats and even ventilated seats. Airbags and ABS will be offered as standard.

Though engine details yet remain unclear, the car could be powered by Hyundai’s 2.0-litre four pot diesel motor which churns out about 178PS of power. And it could be mated to the internationally available 8-speed gearbox though a manual option will also be available.

When the new Tucson comes to India it will be slotted between the Creta and the Santa Fe, a gap that Hyundai aims to bridge. But with the prices being around Rs18.0-23.0 lakh, it could be treading into CR-V and Trailblazer territory.

Are These The Last Spy Pics Of The Facelifted...