Next-gen Hyundai Verna In The Works

Despite the model being heavily disguised, the overall silhouette suggests its design will be more in line with the new Elantra 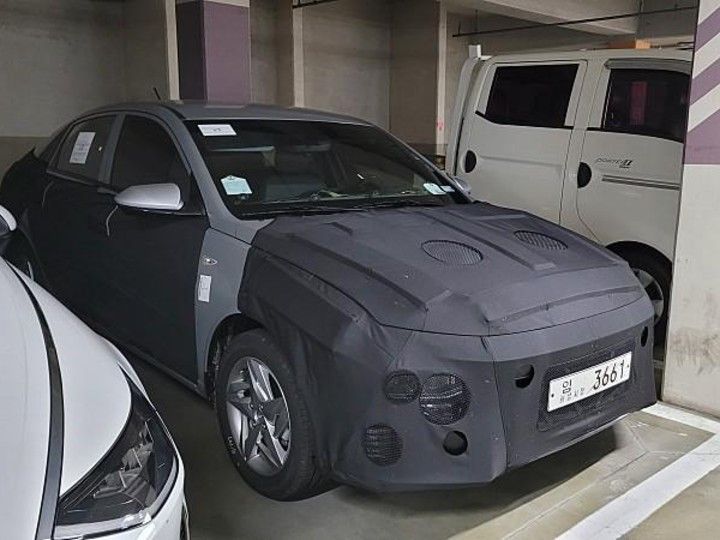 It has been well over a year since the Hyundai Verna received a midlife facelift in India, and it now looks like Hyundai is working on the next iteration of the sedan. Spy images of what looks like a new Verna (called the Accent in markets abroad) have surfaced online.

Sure, the model spotted is draped in heavy camouflage, but we managed to spy a few key things. At the front, it looks like the Verna will be overhauled, following the ‘Sensuous Sportiness’ design language. By that we mean there are hints of a wide grille that integrates with the headlights like the new Elantra. Looking from the sides, the sedan seems to have gotten a little longer than its predecessor. The tail lamps seem to be connected via what looks like a reflective strip.

We’re yet to have a look at the cabin, but we expect the new Verna to switch over to a fully digital driver’s display over the current semi-digital setup, and get a larger touchscreen infotainment system.  Besides, we reckon it will retain the ventilated seats,wireless Android Auto and Apple CarPlay, as well as Hyundai’s Blue Link connected car tech.

We’re yet to know what will be under the hood of the new Verna, but the India-spec model will likely retain the  115PS 1.5-litre naturally aspirated (NA) petrol, 115PS 1.5-litre diesel, and the 120PS 1-litre turbo-petrol engine options, albeit with the addition of mild-hybrid tech. It should also retain its gearbox options which includes a  6-speed manual as standard for the 1.5-litre petrol and diesel engines, with a CVT (1.5-litre petrol) 6-speed torque converter (diesel), and 7-speed DCT (1-litre turbo-petrol) being the automatic options.

Expect the next-gen Verna to arrive in Indian dealerships by 2022 at a premium over the current model that retails from Rs 9.28 lakh to Rs 15.32 lakh (ex-showroom, Delhi). It will rekindle its rivalry with the Honda City, and Maruti Suzuki Ciaz, as well as take on the Skoda Slavia and Volkswagen Virtus.