While most trade-offs aren't too significant, we really wish KTM hadn't skimped on safety 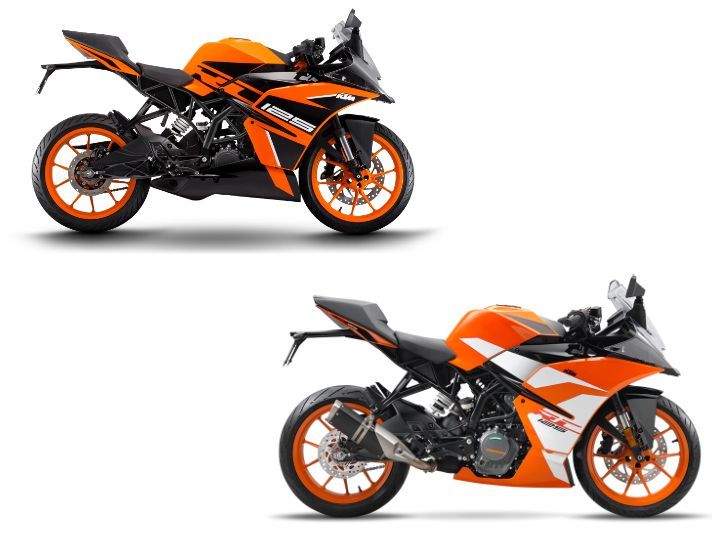 All around the world, the KTM RC 125 has been a perfect learner’s tool for supersport buyers. Until a few weeks back, the small Austrian supersport was not on sale in India as it was deemed too pricey. However, KTM India saw the success the 125 Duke has garnered and hence decided to give the RC 125 a try in India as well. Having said that, there are noticeable differences between the motorcycle sold in India and the one sold abroad.

Different Dimensions
The KTM RC 125 that you can buy in India weighs 154kg. That is 19kg heavier than the European-spec model. To pass Indian homologation laws, the motorcycle needed additional kit like saree guard, grab handle and a tyre hugger, which is not needed for Europe. However, the difference of 19kg is just too much.

Plus, the seat height of the Indian model is 835mm, 15mm taller than its European counterpart. KTM has not divulged why there has been such a massive difference in seat height. And even after cracking our heads, we too cannot think figure out why there is such a big difference.

Vibrant Orange Colour For India
KTMs and the colour orange go hand-in-hand. Both RC 125s get an orange colour option. We cannot help but be a bit biased towards the Indian option which goes well with the black decals. The white decals on the international RC 125 do subdue the wow factor by a small amount.

Only Single-channel ABS
Both motorcycles get Bosch ABS units. But while we have to make do with a single-channel ABS option, European buyers have the added safety net of a dual-channel system. If KTM did offer the dual-channel unit, it would drive up the costs. Hence, there has been a bit of cost cutting measure on KTM’s part. Interestingly, the Yamaha R15 V3 offers dual-channel ABS and is Rs 7000 more affordable than the RC 125.