With the 2019 iteration, Suzuki has taken the sporty route with the faired 150cc bike. But how different is it from the old bike apart from the looks? 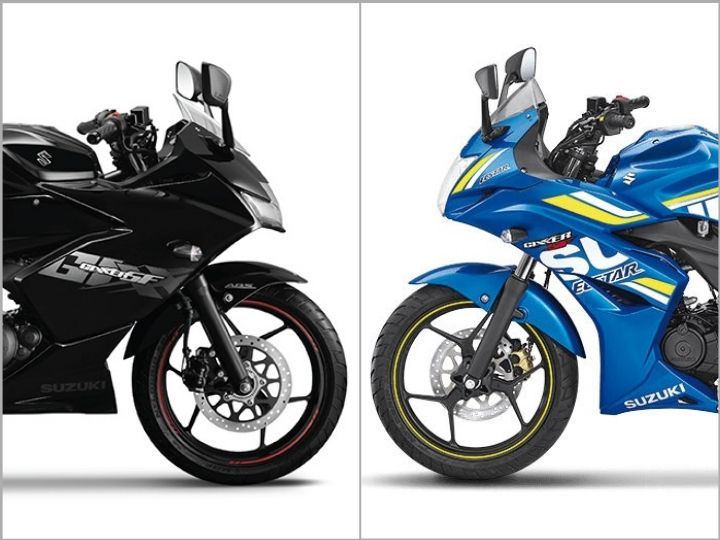 The 2019 Suzuki Gixxer SF has been launched in the country at Rs 1,09,870, making it Rs 7,964 (all ex-showroom Delhi) more expensive than the older-generation model. So, apart from the radically new design language, what else does the new Gixxer SF offer over the old one?

Shares chassis with the Gixxer 250:

The 2019 Suzuki Gixxer SF shares its chassis with the bigger Gixxer SF 250, and that’s the reason why the motorcycle weighs 146kg kerb, which is 6kg more than the previous-gen Gixxer SF. The re-engineered diamond-type frame is 3mm thicker than the one in its predecessor, and the steering head and suspension mounting points have been stiffened as well. This coupled with the new bodywork have resulted in a difference in the dimensions too.

While the new bike is smaller dimensionally, it has a 10mm longer wheelbase. This should help in more stability on the straights. The sporty design language of the new bike has also led to an increase in ground clearance (5mm more) and seat height (15mm extra). However, the fuel tank capacity remains the same at 12 litres.

Suzuki has replaced the single-piece handlebar with new raised clip-ons in the new Gixxer SF. Even the single-piece seat has been replaced with a split setup. The considerable increase in seat height coupled with the new handlebars have resulted in a more aggressive rider triangle, and they make us believe they would aid in handling considerably.

The 2019 iteration of the Gixxer SF continues to use the same all-aluminium 154.9cc single-cylinder air-cooled, fuel-injected engine as the older bike. However at 14.1PS, the new model makes 0.7PS less than the older one. It could be because the new engine is BS6-ready whereas the older one is BS4 compliant. That being said, the peak torque remains the same at 14Nm. The transmission also remains the same 5-speed unit in the new version. Unlike the old one, the new Gixxer SF is available only in the fuel-injected version in favour of emission compliance.

Suzuki offers an all-LED headlamp in the new bike as opposed to the halogen unit in the old one. The tail lamp continues to be an LED unit but its design is now sleeker. The full-digital LCD instrument cluster has also witnessed a design revision, doing away with the red backlighting. That said, the information displayed remains the same, including a speedometer, tachometer, fuel level, dual trip meters, odometer, clock, shift light and other tell-tale lights.

While both bikes get the same suspension units -- 41mm telescopic fork and a 7-step preload-adjustable monoshock at the rear -- the 2019 iteration gets a slightly stiffer front suspension setup. This should help in taking tighter corners more assuredly. However, the 250mm front and 220mm rear disc setup with single-channel ABS have remained unchanged.

Overall, the changes are quite comprehensive and they have resulted in a sporty demeanour from the commuter character in the older model. In terms of competition, the 2019 Suzuki Gixxer SF competes directly with the Hero Xtreme 200S, which is now the most affordable full-faired motorcycle in India.