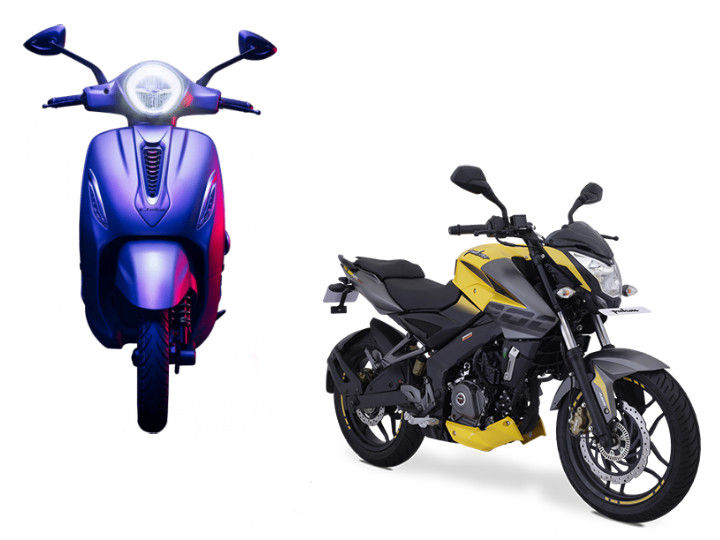 2019 was a moderately paced year for Bajaj Auto. We got slightly updated Pulsars, Avenger and Platina but the biggest change in the portfolio was the new Dominar 400. What can we expect from Bajaj in 2020?

Bajaj Chetak:
It has been nearly a decade since Bajaj stopped making scooters. However, the need of the hour is electrification. The best way for the masses to adopt the technology is via scooters. Bajaj is aiming to seize the day before other established two-wheeler players enter the fray with the Chetak electric scooter. Yes, Bajaj is reviving the icon for its first electric two-wheeler.

The Chetak is a practical family electric scooter for the urban jungle. It can go up to 95km on a single charge in Eco mode, which should be more than enough for two day’s worth of commuting. With the aim of evoking a feeling of trust and dependability from the new Chetak, Bajaj has made the body of this electric scooter from metal and not plastic. It should not come as a surprise that the design of the new Chetak is a bit Vespa-esque as the original Chetak too was a descendant of the yesteryears’ Vespa 150s.

Expect Bajaj to launch this scooter soon with a sticker price of Rs 1 lakh (ex-showroom Pune). The Chetak will be sold first in Pune through the Bajaj Probiking dealerships where the brand also sells KTMs and the soon-to-be-launched Husqvarna 250s.

Bajaj Pulsar NS 250:
We have not heard much about this new product but a larger displacement Pulsar has been in the works for quite some time. A few sources within the company have informed that Bajaj is working on a 250cc Pulsar.

As it is common for Bajaj and KTM to share its engines, the new Pulsar 250 too would be powered by the same 248.8cc single-cylinder motor that is found on the 250 Duke. Expect this motor to get Bajaj’s triple-spark ignition treatment like we found on the Dominar. Currently, the engine makes 30PS and 24Nm on the KTM. While the Pulsar 250 will be a potent motorcycle, expect a slightly lower output than its Austrian counterpart. More so, Bajaj will try and tune the engine to be a bit more usable with better mid-range grunt rather than letting it remain peaky.

While the mechanicals will be similar to the ones found on the Pulsar NS200, the Pulsar 250 might see a slight change in design with a LED headlight in place of the conventional bulb-type unit. We can expect to see this bike by mid-2020 after the BS6 norms have kicked in. Pricing could be around the Rs 1.45-lakh mark. Stay tuned for more details.