What Is Ram Air And How Does It Help? 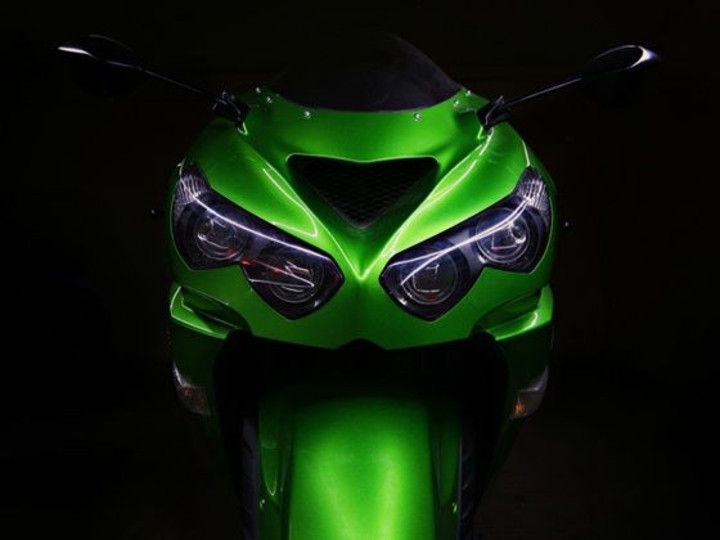 Anyone who’s bought a high-end Kawasaki sportsbike has probably read the words ‘ram air’ printed on the brochure, usually right next to the power figure. More often than not, there’s two power figures provided, one with ram air and one without. So what is this fabled ‘ram air,’ and how on earth does it give you all that extra power (over 5 per cent in some cases)?

Charge Up
An internal combustion engine needs a few basic things in order to function: some fuel to burn, some air (and hence, oxygen) to help it burn, and a spark to set it all off. In the case of petrol engines (which is what most motorcycles use), the fuel and air is mixed into a homogenous mixture before being ignited by a spark plug, and this mixture is referred to as ‘charge’. In simplistic terms, the more charge you can get into the cylinder/combustion chamber, the more power your engine will produce.

The fuel comes from the fuel tank (obviously) and the air is taken from the surroundings. You don’t have to be an engineer to know that you wouldn’t want things like leaves and dust and all the other gunk in the air to get sucked into your precious engine, so the air passes through a filter before entering the cylinder. On most production bikes, this filter is usually flat in shape and placed in a box, called the air box.

That gaping hole in the front fairing of your ZX-10R is where the air enters the intake system and goes to the air box. But not all bikes have this big hole up front, especially bikes with smaller engine displacements or bikes that aren’t meant to carve up racetracks. So where do they get their air from?

Well, there is an air intake, it just isn’t as prominent. On the KTM 390s, for example, the air intake and air box are under the seat, as they are on most small-capacity motorcycles. When you only have to fill a 300 or 400cc engine, it isn’t hard to do so even without the ram effect. Moreover, smaller bikes like these aren’t capable of going quick enough to reap the benefits of a ram air system anyway.

You’ve heard enough about it, so let’s stop beating around the bush and dive into exactly what ram air is...

Anyone who’s ever ridden a powerful motorcycle at speed or stuck their hand out of a fast-moving car’s window knows how strong the force of air resistance can be. This aerodynamic drag can make it harder for a vehicle to slice through the air, but on the other hand, it can also be used to squeeze some more power out of the engine. By having a large, forward-facing air-intake feeding into the air box, one can use the forward motion of the bike and the opposing force from the air to cram some more air into the air box, thereby increasing its pressure. Higher pressure in the air box means a greater mass of air and fuel going into the cylinders, which means more power. Simple.

The forward-facing air intake feeds into the air box via the duct circled in red (2004 Yamaha R1)
Of course, the ram air effect is proportional to the speed of the bike and increases exponentially as speeds rise. So at 60kmph, that forward-facing intake isn’t doing much to increase pressure in the air box. But at 200 or 300kmph, it’s giving your ZX-10R that extra 10PS.

Cloclwise from top-left: Suzuki GSX-R1000R, BMW S 1000 RR, Yamaha YZF-R1, Honda CBR1000RR-R
This also means that if you were to run your 10R on a dyno with no air rushing into the intake, it would probably only manage 203PS, not the 213PS that it can do with ram air. It’s not just Kawasakis, though. Most litre-class superbikes and even some 600s employ large forward-facing air-intakes to try and capitalise on the ram air effect, even if they don’t explicitly say so on their brochures.