Volvo’s First Electric Offering, The XC40 Recharge, Will Make It To India By 2021 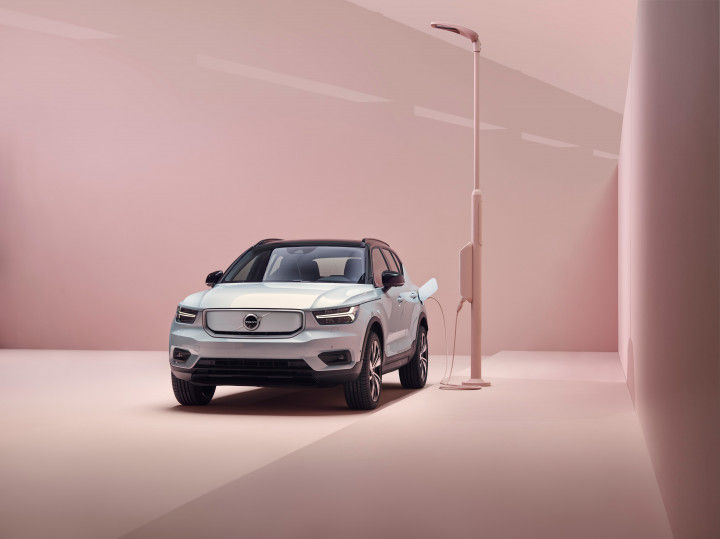 With the global movement leading towards an electric future, Volvo plans on joining the party with the XC40 Recharge. The Swedish carmaker unveiled the electric SUV last year. Charles Frump, MD Volvo India, has confirmed that the electric XC40 will arrive in India by 2021, soon after the launch of the S60 sedan.

To quote the man himself, “We’re looking at some time next year at bringing that product (XC40 Recharge) to India, and we’re extremely excited about it. So next year, early, we’ll have S60 and then we’ll have the full battery electric vehicle [BEV] XC40”.

The Recharge brand was launched by Volvo for its EV offerings; the first member to feature the tag being the XC40. It is built on Volvo’s new Compact Modular Architecture (CMA) that can accommodate both ICE (internal combustion engines) and electric powertrains. The SUV itself isn’t very different from its ICE counterpart, apart from minor styling changes due to the change in power source. These include a sealed front fascia and ‘Recharge’ badging around the car.

Under the proverbial hood, the XC40 Recharge is powered by two 150kW motors, one placed at the front and one at the rear, which combine to give 408PS of power. Underpinned by the CMA platform, the Recharge is around 500kg heavier than its ICE counterpart. Volvo claims the EV can go from 0-100kmph in just 4.9 seconds! The 78kWh battery pack gives the electric SUV a range of 400km.

Technically, this is not the first EV by Volvo (that claim belongs to the Polestar 1 and 2), but it is the first one to sport a Volvo badge. The XC40 Recharge is expected to be priced at a premium over the ICE XC40, which is priced at Rs 39.9 lakh. We expect Volvo to charge anywhere between Rs 45 lakh and Rs 50 lakh for the all-electric SUV.