The top three cars with the highest safety ratings are all Volvos - S90, V90 and the XC90 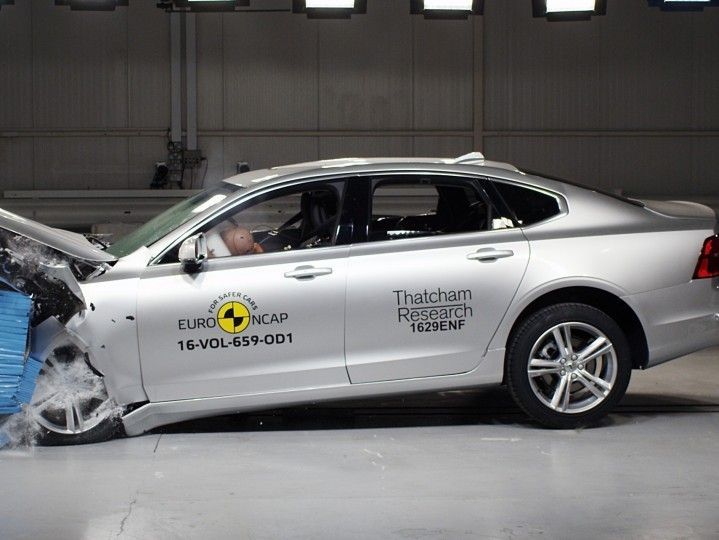 Volvo has set yet another benchmark in the world of car safety. Last year, the XC90 became the highest-rated car in the NCAP safety test. Breaking the impressive record, the new Volvo S90 has now become the safest car in the Euro NCAP system. Scoring a perfect five-star rating, the Volvo S90, the V90 and the XC90 now hold the top three positions in the NCAP safety ratings.

The S90 sedan scored 95 per cent for the adult occupant, 80 per cent for the child occupant, 76 per cent for the pedestrian and 93 per cent for the safety assist category. What worked in the S90 and the V90's favour, over the XC90 were added equipment like the autonomous emergency braking for cars and pedestrians and lane and speed assistance. Commenting on this result, Euro NCAP’s secretary general, Michiel van Ratingen, said, “Volvo has invested in safety, has made key technologies standard across the model range and the results speak for themselves: a very impressive five-star rating."

As a part of Volvo's mission 2020, the Swedish car company is planning to reduce the number of people who die or are seriously injured in road traffic accidents to zero. Håkan Samuelsson, president and CEO, Volvo Cars, said, "Our vision is that by 2020 no one should be killed or seriously injured in a new Volvo car." This aim of the company clearly reflects in the crash test ratings of their cars. Let's hope that with such initiatives, the figure of 1.3 million annual global fatalities in road traffic accidents gets drastically reduced.

In India, the prices for the Volvo S90 start from Rs 53.5 lakh (ex-showroom, Delhi) and it rivals the likes of Mercedes-Benz E-Class, BMW 5 Series, Audi A6 and the Jaguar XF.