The India-bound SUV features a more powerful diesel engine. How do the numbers stack up now? 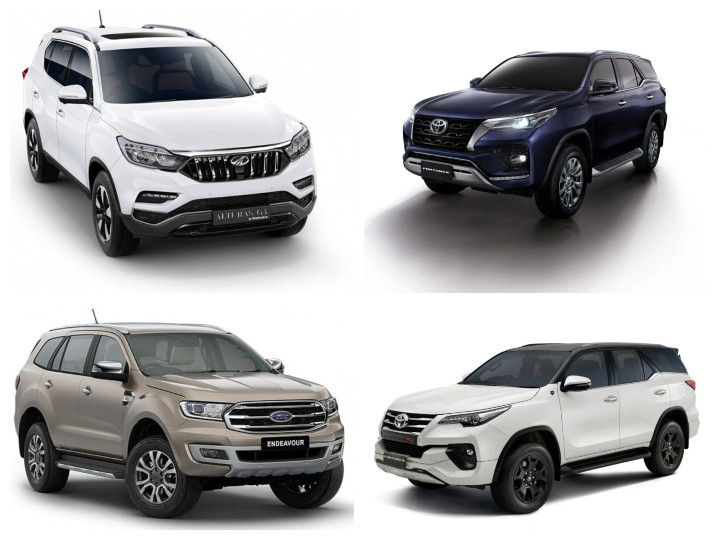 Toyota recently revealed the facelifted and India-bound Fortuner, which packs in a butch design and more equipment. But for enthusiasts, you’ll be pleased to know that the facelifted Fortuner’s 2.8-litre diesel now makes more power. How do the numbers stack up when we pitch it against the Ford Endeavour and the Mahindra Alturas G4, both of which recently got BS6 engine updates. Also, how does the new Fortuner compare against the existing India-spec Fortuner? Let’s find out:

Thanks to engine updates, the facelifted Toyota Fortuner now makes the most amount of power and torque, overshadowing its rivals by a healthy margin. The Endeavour’s unit is 34PS/80Nm down while the Alturas G4’s engine is 23PS/80Nm lower on power when compared to the facelifted Fortuner.  It’s also 27PS and 50Nm more powerful than the India-spec BS6-compliant Fortuner automatic.

Just like the current SUV, the facelifted Fortuner will continue with a 6-speed manual and automatic transmission option. It could be the only full size SUV to come with a manual when launched. Perfect for taking matters into your own hands in a sticky situation. All three models here come with both rear wheel drive and all-wheel drive systems.

Though Toyota is yet to reveal fuel efficiency figures for the Fortuner, we expect it to be the least in this test considering the power on tap.

The existing Fortuner itself is a pricey SUV and the updates are set to make it even more expensive. That said, the facelifted Fortuner has the most grunt on offer, comes with premium features and also looks more butch now. Coupled with the Toyota badge on the hood, we can see the carmaker making a product that could be more successful than ever.