A closer look at what’s different in the updated Fortuner 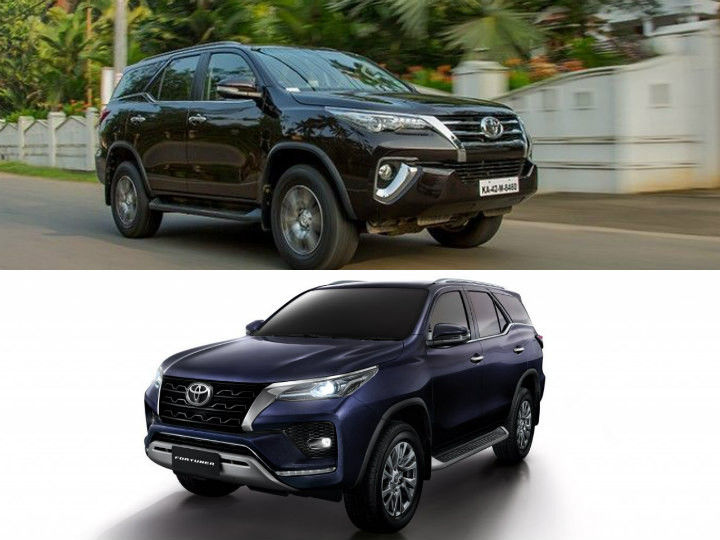 While the Toyota Fortuner is a popular SUV in India, it has started to lag behind in terms of features compared to its competitors. As a response, Toyota has launched a mid-life facelift of the SUV in Thailand. It boasts cosmetic updates, additional equipment and an uprated engine. Here’s how different the updated Fortuner is from the current one sold in India:

While the overall silhouette remains the same, there are noticeable cosmetic differences. The biggest one is at the front with its larger grille, revised LED headlamps with LED DRLs and bigger fog lamp housing.

Towards the side, changes are minimal, with the most noticeable one being a new set of alloy wheels.

At the rear, the new Fortuner gets a revised bumper as well as a new LED pattern for the tail lamps that resembles the Camry sedan.

Step inside the Fortuner facelift and you’ll notice that the cabin is relatively similar aside from a few subtle updates like darker upholstery compared to the dual-tone camel/burgundy colour upholstery in the pre-facelift Fortuner in India.

A closer look reveals that the instrument cluster has received modern touches alongside subtle updates.

The most noticeable change on the inside is that the touchscreen infotainment system has gone up from 7-inches to 8-inches and 9-inches for the Legender variant. It also finally gets Apple CarPlay but misses out on Android Auto.

The main updates to the Fortuner facelift lie under the hood. While it retains its 2.8-litre diesel engine, it gets a power bump to 204PS of power and 500Nm of torque. That’s 27PS and 50Nm (80Nm for manual) more than the India-spec Fortuner automatic. In Thailand, the other engine option is a 2.4-litre diesel engine compared to the 2.7-litre petrol mill in India. Those engines are only offered with automatic transmissions while the Indian-spec Fortuner gets a choice of both manual and automatic with both petrol and diesel engines. Like before, the facelifted Fortuner gets the option of rear-wheel-drive and all-wheel-drive.

Expect the facelifted Toyota Fortuner to reach India by early 2021. Post launch, it will take on the likes of the Ford Endeavour, Mahindra Alturas G4, and the upcoming MG Gloster.