Suzuki has seamlessly blended technology with looks that can kill, into one retro-modern package 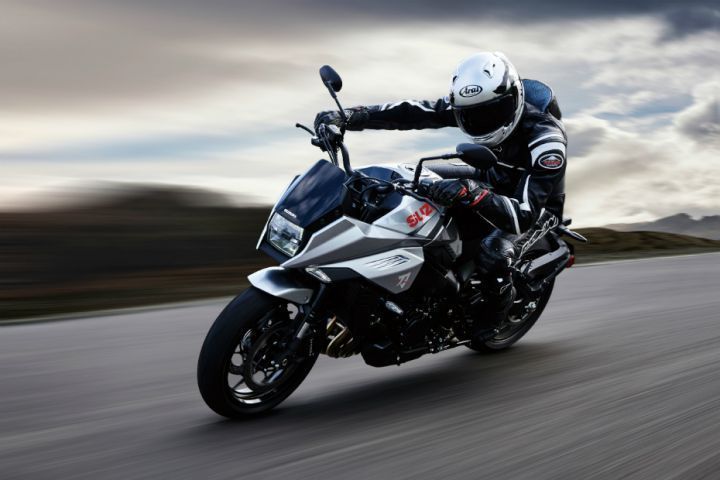 The Suzuki Katana was one of the fastest production motorcycles of the 1980’s. Its cutting-edge design was matched by tech-laden underpinnings and this combination made it one of the most revered motorcycles in the two-wheeled world.

Now, the Japanese brand has resurrected the bike in its 2019 guise. Fittingly enough, the motorcycle looks like it has been designed with the liberal usage of a katana. The influence of japanese anime is quite apparent in the bike while the bold ‘Suzuki’ lettering on the sharply sculpted fuel tank is nostalgic of the 80’s. The nostalgia-inducing square headlamp features a cleverly modern LED lighting and the rest of the lighting system is LED as well. Shaped like the edge of a Katana, the LED position lights are aptly positioned at the tip of the tank extensions. Despite the massive-looking fuel tank, it can hold only 12 litres.

Though the tail section looks stubby, the crease that runs parallel to the one on the tank extension gives it an aggressive edge. This is complemented by a triangular four-into-one exhaust that looks like the blade too!

At its heart is a long-stroke version of the 2005-2008 GSX-R1000-derived 999cc inline-four, liquid-cooled engine. A peak power of 152PS arrives at 10,000rpm while maximum torque output stands at 107.9Nm, coming in at 9500 revs. Putting the power down is a 6-speed slipper clutch-enabled transmission linked to a chain drive. There’s a three-mode traction control system, twin Fujico front discs with Brembo radial callipers and a rear disc with dual-channel ABS, all of which help in maintaining control of the motorcycle. Upside-down front forks and a link-type rear monoshock handle suspension responsibilities.

Expect Suzuki to launch the motorcycle in the European market in the coming months. It will go head to head with the Honda CB1000R and the Yamaha MT-10, Kawasaki Z1000, BMW S 1000 R and Ducati Monster 1200.