The Royal Enfield Meteor 350 Gets A New Suffix And Price

The model details have been leaked via an online configuration tool 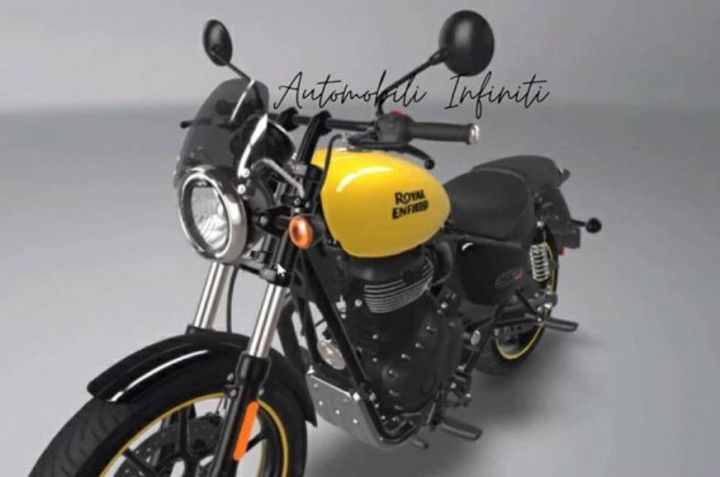 If you’ve been following our news feed, you would know that Royal Enfield has been working on developing a replacement for the Thunderbird 350, called the Meteor 350. We’ve already seen several spy shots that give us an idea of what the bike looks like and the kind of features it packs. And now, the price and accessories for the bike have been revealed which come together as the final piece of the puzzle. According to an online bike configurator, the Meteor 350 costs Rs 1,68,550 (ex-showroom), a premium of around Rs 11,900 over the Royal Enfield Thunderbird 350. We have mailed RE to verify the authenticity of the images and are yet to hear from them.

Also Read: Royal Enfield Is Ready To Drop A Meteor

That’s a reasonable asking price considering the bike features various updates including a brand-new engine. What’s even more interesting is that the online configurator tool reveals a new ‘Fireball’ suffix, which may hint at the bike’s complete name, Royal Enfield Meteor 350 Fireball. It even gives a glimpse of several accessories that will be available with the bike. This includes different footpegs, panniers, windshield (Rs 1,750), seat options, and a backrest.

As for the bike itself, the Meteor 350 will come with a new single-downtube frame housing a brand new single-cylinder engine based on the J-platform. It’s vividly different from the current 349cc UCE engine. The engine casing is quite similar to the Interceptor 650 and could use counterbalancers to reduce vibrations. We believe the new and improved engine could make more power and torque compared to the outgoing model. A six-speed transmission could improve its touring capabilities but Royal Enfield may just stick to a five-speeder to cut costs.

Having said that, the engine and frame are not the only updates on the Meteor 350. While the overall silhouette of the bike reminds you of the Thunderbird 350, it gets a couple of cosmetic and feature updates to help distinguish itself from its predecessor. To put it in context, the Meteor 350 features a halogen headlamp running a halo DRL, an off-set instrument cluster which houses a digital inset, a split seat setup, and split grab rails. You can read about the bike and its differences here.

Expect the bike’s launch to be delayed due to the current lockdown. The Royal Enfield Meteor 350 will compete against the Jawa Forty Two BS6, Bajaj Dominar 250, and the upcoming BS6 Benelli Imperiale 400.