It achieved the 10,000 sales milestone in a little over two months 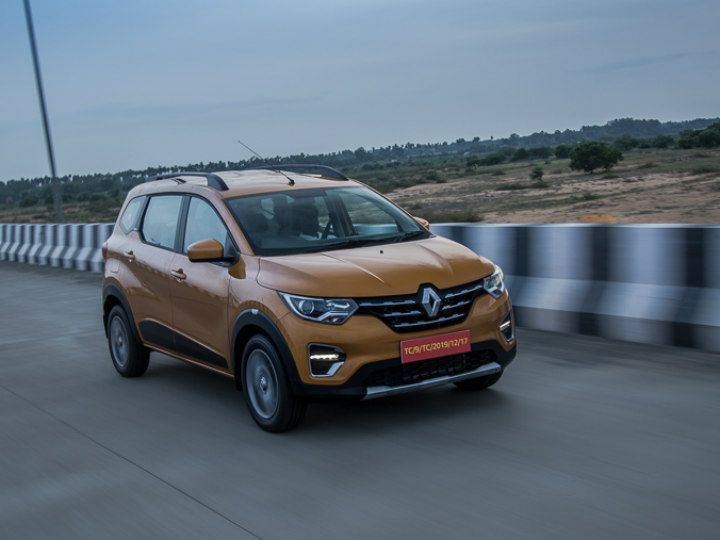 The Renault Triber, also known as the modular MPV, has crossed the 10,000 sales milestone in India. This was achieved in a little over two months since the sub-four metre MPV’s launch on August 28, 2019. The carmaker has delivered its 10,001th car at its Mumbai dealership. Renault also claimed that the Triber helped it post 63 per cent growth in October 2019, when compared to the same period in 2018. This is impressive as the Indian automotive industry is currently facing a severe slump.

The Renault Triber, which is a sub-four metre MPV, is a niche model thanks to its price tag of Rs 4.95 lakh to Rs 6.49 lakh. At this price, the Triber’s rivals are B-segment hatchbacks such as the Maruti Suzuki Swift, the Ford Figo, and the Hyundai Grand i10 Nios. Notable features include an 8-inch infotainment system with Android Auto and Apple CarPlay, a manual air-con, rear cooling vents, push-button start, digital dials and projector headlamps. Powering the Triber is a BS4-compliant 1.0-litre Dual VVT engine that develops 72PS and 96Nm. It is offered only with a 5-speed manual.

Here’s what Renault had to say:

Renault, the number one European brand in India, announced
the delivery of its 10,001 th TRIBER in just about two months of launch. The delivery was made
at the company’s Mumbai dealership, Benchmark Motors. The launch of Renault TRIBER has
ensured that Renault is progressing despite the challenging macro-economic environment in
India. The company sold 11,516 cars in October 2019, registering a 63% growth over the same
period last year.

Renault TRIBER is an attractively designed, spacious and modular, well equipped vehicle which
also achieves the feat of accommodating one to seven adults in comfort, within 4 meters. The
company has seen tremendous acceptance amongst a wide set of car buyers, who are finding
great value in the overall package that Renault TRIBER offers. Customers are highly satisfied
with TRIBER’s outstanding quality and superior value package.

Renault TRIBER is the result of a complete analysis of customers’ expectations in India which
offers unbeatable flexibility. It is modern, spacious yet compact, ultra-modular, fuel-efficient, with
attractive interiors which boasts of many modern and practical features. Renault TRIBER has
the largest boot capacity of its category, in five-seater configuration.

“The festive season has begun on a good note for Renault India, and we are thankful to our
customers for the encouraging response to our new game-changer, Renault TRIBER. With
10,000 cars already delivered and a strong bookings pipeline, we have ramped up the
production and are taking concerted efforts to further accelerate production to enable faster
deliveries and best in class quality. Together with the metro cities, Renault TRIBER has seen
wide acceptance in the rural markets as well, and we have a robust strategy to build our
presence across these markets, which offers significant growth potential,” said Venkatram
Mamillapalle, Country CEO &amp; Managing Director, Renault India Operations.

With TRIBER, Renault has successfully launched yet another breakthrough concept, targeted at
the core of Indian’s automotive market. Renault TRIBER was conceived, developed and
produced for India, for Indian customers first, before Renault takes it to the world.