Set to be revealed on March 18, the Kushaq will be Skoda’s first made-in-India SUV with up to 95 percent local content 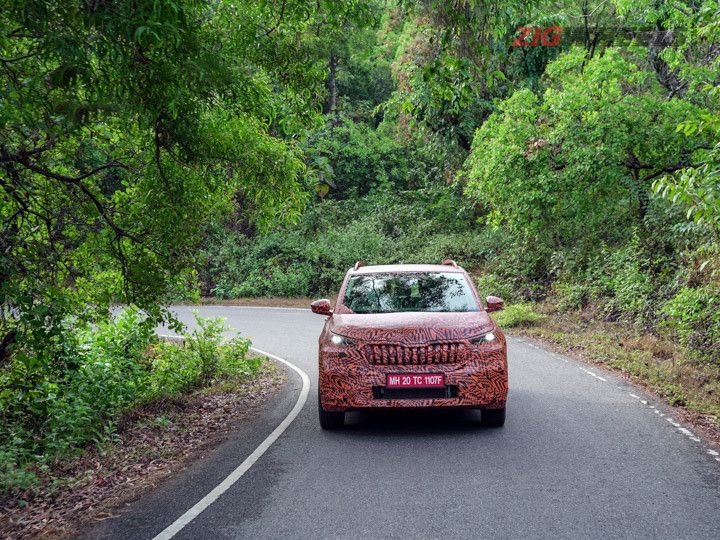 More details about the Skoda Kushaq are surfacing as we inch closer to its global premiere on March 18. The Czech carmaker has now previewed the production-spec interior of the upcoming Hyundai Creta and Kia Seltos rival. We’re also happy to report that the final design looks similar to that of the Vision IN concept we saw at the Auto Expo 2020.

For starters, the dashboard is finished in dual-tone black-and-white. There are streaks of orange on the dashboard and the lower central console, which spruce things up. Cabin ergonomics also shouldn’t be a bother, considering all controls seem to be positioned perfectly. The digital driver’s display and touchscreen infotainment system (of up to 10 inches) are smart additions and sure-fire ways to grab eyeballs.

The two-spoke steering wheel is a straight lift off the fourth-gen Octavia and the 2021 Superb. The keen-eyed will notice that the horizontal AC vents are similar to those of the concept and connected by a silver streak running along the width of the dashboard. Speaking of air conditioning, the AC controls are likely to be touch-based units as seen in these sketches.

Skoda asserts the Kushaq would be a practical SUV, which is evident from the large door bins. Legroom should be adequate, considering it sits on a 2,651mm wheelbase. That’s longer than that of the Creta, Seltos, and even the Karoq! However, the Kushaq is more of a four-seater, as we found out during our brief stint with the prototype.

The Kushaq will be provided with two turbo-petrol engines: a 1.0-litre and a 1.5-litre. The final specifications are yet to be revealed, but it’s likely that a 6-speed manual transmission will be offered as standard. While the smaller motor will get an optional 6-speed torque converter automatic, the larger engine will come with a 7-speed dual-clutch automatic.

With up to 95 percent localisation, the Kushaq will be Skoda’s first made-in-India offering. That means, it could be priced aggressively from Rs 9 lakh to Rs 17 lakh when it goes on sale by mid-2021. The SUV will rival the Kia Seltos, Hyundai Creta, and the upcoming VW Taigun.