The New Nissan ‘Z’ Gets A Debut Date

Earlier leaks suggest it’ll be a mix of retro styling and modern tech, much like the Z Proto concept 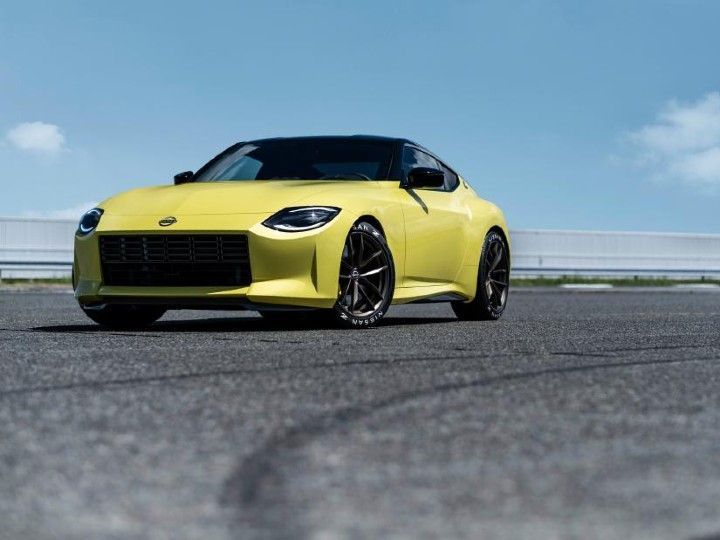 Mark your calendars, as Nissan has announced that the production version of its next-gen Z model, (likely to be called 400Z), will make its debut on August 17, 2021. This comes almost a year after its concept iteration, the Z Proto, made its debut back in September 2020. Based on earlier leaks of a production-ready model surfacing online, the new Z will be just as trendy as the prototype.

The leaked images showcase a design that harks back to the original Z with a roofline that flows from the nose to the squared-off rear. The homage to older Z models continues up front with a pair of teardrop LED headlights with two-half circle DRLS similar to the 240ZG. Other highlights include a rectangular black bar that runs across the rear with horizontal LED tail lights like the Z Proto, sporty alloy wheels, and dual exhaust tips.

The cabin is clean and modern, with an all-black upholstery, a touchscreen infotainment system, a digital instrument cluster, and a deep dish steering wheel that houses plenty of controls, as seen on the concept. Details on the infotainment system haven’t been revealed, but expect it to run Nissan’s latest software. The leaked images also revealed an automatic transmission, instead of the manual gearbox in the concept, but both choices are expected.

Powering the Nissan Z is likely to be a twin-turbo V6 engine, like the Z Proto, with a manual transmission being offered alongside the automatic option. Performance details are still under wraps, but expect a step up from the current benchmark that is the 370Z Nismo trim that delivered 350PS of grunt. It most likely will also retain a rear-wheel drivetrain.

A proper name for Nissan’s next-gen Z should surface at its debut event. It will rekindle its rivalry with the Toyota Supra and the BMW Z4.