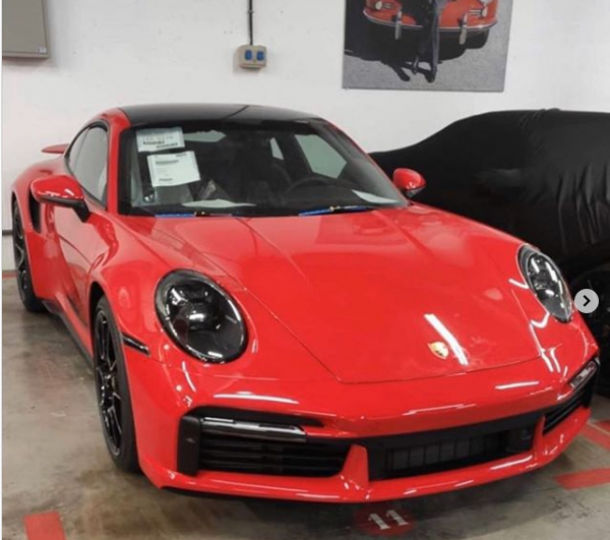 A new Porsche is always pleasant news for us. Even more pleasant if it's something like this: the 992 version of the 911 Turbo S. Nicknamed the ultimate everyday supercar, the 911 Turbo S is the go-to choice if you want to do warp speeds even on your grocery runs.

Right ahead of its world debut at the 2020 Geneva Motor Show, the 2020 911 Turbo S has been leaked sans camouflage, revealing everything we were eagerly waiting for.

The most obvious change -- and one we aren’t quite sure yet whether to like or not -- is the new bumper. Sure, the changes are only subtle in comparison to the standard 911 Carrera variants on sale right now. But from this specific angle, it looks a bit too wide. These being leaks, we are definitely not jumping to conclusions before the world debut next month.

Ardent Porsche fanatics will notice the wheels that are lifted straight off the 911 Turbo S Exclusive Edition. There’s also a nice decal on the doors which reads ‘Turbo S.’ It isn’t as pronounced as the 997 GT3 RS but still adds some character to the whole design.

The rear bumper receives some major changes with an aggressive diffuser and ducts. Not to forget the fixed wing and the air intake on the rear fenders to cool what happens to be the most defining trait of a 911.

And that will be a monster of a twin-turbo 3.8-litre flat-six engine most likely to push out 640PS and close to 800Nm of peak twist to all four wheels. Changes to the powertrain are bigger turbochargers (see, big is always better) and an improved catalytic converter to balance everything out. In stark contrast to the 991 911 Turbo S, we are looking at a bump of 70PS /100Nm -- or an Alto K10, whichever floats your boat.

As usual, an 8-speed PDK will be deployed for transmission duties. Although Stuttgart is yet to reveal all the numbers, we expect the new Turbo S can hit the ton mark in 2.5 seconds while also topping out at 330kmph. Delving deep into the geeky bits reveal that rear wheel steering, Porsche’s Active Suspension Management, and a massive ten/eight-piston calliper carbon-ceramic brakes will be in place for obvious reasons. After all, it's a Porsche 911, there’s a strong line of legacy to live up to. But we are more than sure that Porsche will surpass its own benchmark like they’ve done with every iteration of the 911.

The Turbo and Turbo S are already plenty fast, with Porsche having even more in stock in the form of highly focussed GT3 variants. We just can't wait to see the 992 GT3 RS as it might also be the last naturally aspirated screamer from Stuttgart!