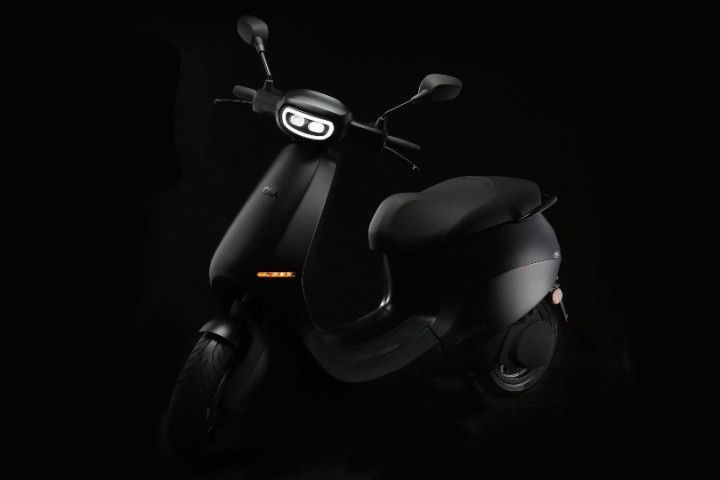 (UPDATE: The Ola Electric S1 has been launched in India at Rs 99,999 onwards. For bookings, availability, specifications and other details, read the launch story)

Ola’s aggressive move into the EV space took everyone by surprise. A cab-hailing company that makes electrics sounded a bit dubious, didn’t it. But the strategy adopted by the brand is quite interesting, smart even; which saves a ton of time and effort. Here’s how Old pulled it off. And the end result is a smart electric scooter that could possibly change the EV space in India. Here’s Ola’s electric scooter in all its glory.

Right from the get-go, you’d notice the overall design is simple yet futuristic. Fluid lines flow from the front apron to the rear panels with integrated lights giving the scooter a clean and organic look.

The stickers aren’t overdone either. All you get is an embossed logo on the front apron.

Speaking of the front end, it features split LED lights fenced by an LED DRL. Even the LED turn indicators are neatly integrated into the front apron. The horizontally placed LED tail light and turn indicators use the same cohesive design approach.

The pillion footpegs fold neatly into the side panels for a flush finish.

The contoured seat with premium red stitching appears to be spacious enough for two aboard and flows into a cleverly designed two-piece grab-rail.

The scooter’s quite practical too. It gets two cubby holes on the apron and a fixed utility hook for storage, apart from of course the massive underseat storage.

On the feature front, Ola’s e-scooter comes with navigation, geo-fencing and smartphone pairing, all of which can be viewed and controlled via a large 7-inch touchscreen display. The console also allows users to control incoming calls and music. You also have handlebar-mounted navigation switches which makes toggling through the information a lot simpler and safer.

It's powered by a 3kW brushless AC motor with peak performance rated at 6kW and 50Nm. Ola claims the scooter can bolt from 0-45kmph in just 3.9 seconds which brings it quite close to the lightning quick Ather 450X.

It also gets an ingenious three modular removable battery setup, each with a charge capacity of 1.155kWh and a range of 80km on a single charge. This means you could expect a range of about 240km with all three batteries, which is certainly higher than any electric scooter currently sold in India.

Its hardware comprises a single-sided telescopic shock and a monoshock at the rear. You get disc brakes at both ends. It runs on 12-inch wheels, which is pretty much the norm for scooters in India.

The upcoming e-scooter will be locally manufactured to keep costs in check. As a result, it’s expected to be priced at around Rs 1.35 lakh. It’ll compete against the Ather 450X, Bajaj Chetak and the TVS iQube Electric.

Ola’s brand new manufacturing plant will be set up in Tamil Nadu spear over 500-acres, making it the world’s largest two-wheeler manufacturing mega factory. Read more about it here.