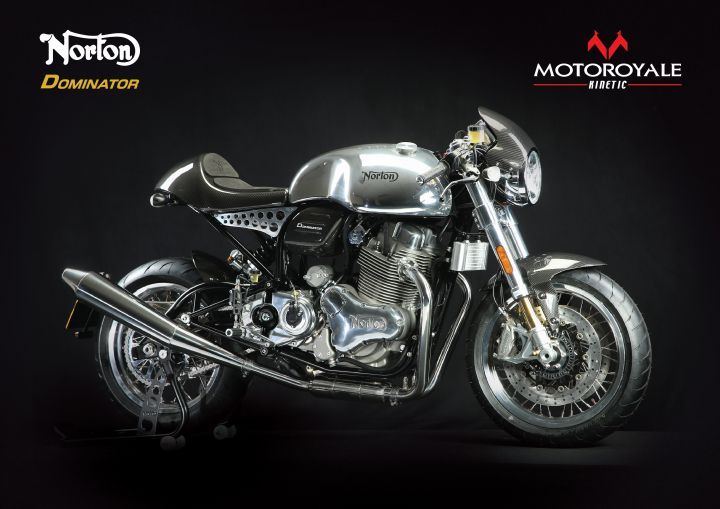 Kinetic's Motoroyale has been in the news for its tie up with Norton motorcycles for India operations. The company has officially launched the limited editions of Norton Commando Sport MK II and Norton Dominator in India for Rs 20.99 lakh and Rs 23.70 lakh (ex-showroom) respectively. This steep pricing can mainly be attributed to the fact that the first few bikes will be brought here via the CBU route. They will be available on a pre-order basis, with a 60-day waiting period.

However, Motoroyale did announce that it'll be starting local assembly at its facility in Ahmednagar, Maharashtra, which should bring prices down in the future.

Motorcycling enthusiasts may know Norton for its rich racing history in competitions like the Isle of Man TT. This, in turn, helped Norton in cementing its reputation for making proper road-going and racing motorcycles as well. Now reincarnated, the company is looking to expand its presence in the international market.

Norton has allocated only 37 units for India (19 Commando units and 18 Dominator units). The Norton Commando comes with an all black finish and the British flag hand painted on the fuel tank. The Dominator is a cafe racer with an aluminium tank andtail section. The limited edition bikes will also have the customer name embossed on the bike with a special number allocated to each.

Off the two, the chrome finished Dominator a flashier version, with clip-on handlebars and a small flyscreen, giving it a retro look. The Norton Commando 961, on the other hand, features a neo-classic design.

Powering both the variants is the same 961cc, air-cooled, parallel-twin engine. This motor churns out 80PS of power at 6500rpm and 90Nm of torque at 5200rpm, mated to a 5-speed gearbox.

The Norton Commando 961 and the Dominator rival against the Triumph Thruxton R and the BMW R nineT Cafe Racer, the former of which undercuts the Norton by around Rs 10.9 lakh! Not to mention, Triumph has a more established sales and service network right now. This is something Norton and Kinetic will struggle with initially. However, considering its exclusivity and the premium quotient, some enthusiasts might be willing to play the extra dough.