TVS Motors On Course To Launch Norton Motorcycles In India

New CEO and CTO, and more importantly, new motorcycles for us! 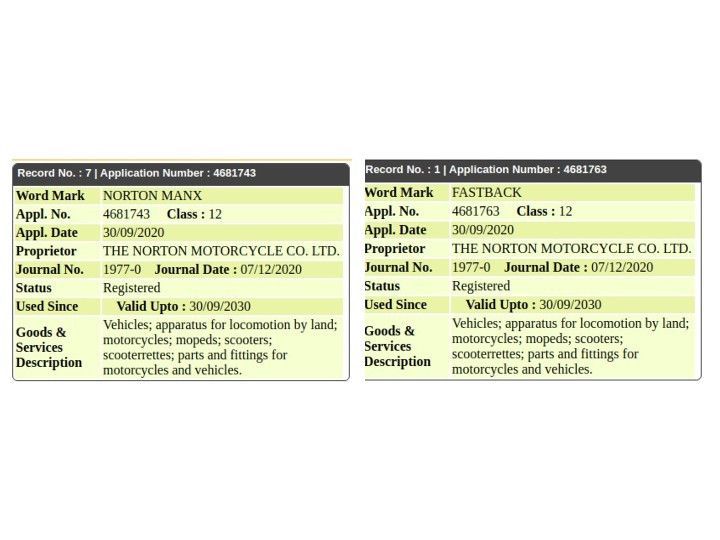 TVS, who breathed life into the dying Norton Motorcycles in 2020, now plans to bring four Norton bikes to India, namely the Norton Commando, Norton Atlas, Norton Manx, and Norton Fastback, as revealed by recent trademarks filed by Norton in India.

Many Indian giants have previously tied up (or acquired) international brands, mostly with success. For instance, Bajaj Auto had tied up with KTM and Triumph earlier and recently, Hero had lent a helping hand to Harley-Davidson.

TVS plans to do something similar with Norton. The filings include four motorcycles: Norton Commando, Norton Atlas, Norton Manx, and Norton Fastback. All four bikes could be coming to our shores by the year-end or in the first half of 2022, and could be assembled locally in TVS’ Chennai plant, resulting in competitive pricing.

Interestingly, just like how TVS introduced the lauded Apache RR310, inspired by BMW’s 310 lineup, it wouldn’t be wrong to expect TVS’ first sports bike based on Norton’s platform. A TVS Apache RTR600, anyone?

Along with this, TVS’ joint managing director, Sudarshan Venu, has announced its new course of action for the British bikemaker. Robert Hentschel will be the new Norton Motorcycles CEO while Vittorio Urciuoli will step into the Chief Technical Officer position.

Both Robert and Vittorio are already big names in the automotive industry. Before the CEO role, Robert was the Managing Director at Valmet Automotive and was also director at Lotus Engineering. On the other hand, Vittorio had been the head of powertrain at Lotus cars, besides leading projects with both Ferrari and Aprilia Racing.

All this will play a crucial role in revitalising Norton Motorcycles and more importantly, helping TVS make its presence even stronger in this industry.

View All
All Upcoming Norton Bikes