New Audi Q3: All Grown Up

In its second-generation, the Audi Q3 is now better than before in every conceivable way 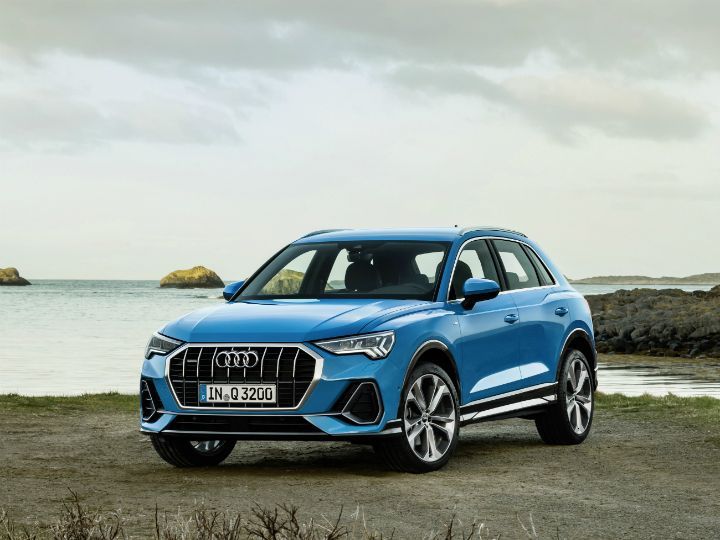 Audi has revealed the all-new, second-generation Q3 compact-SUV today. It is bigger - visually and in actual dimensions - is more luxurious, gets more equipment and is better to live with, claims Audi. Here’s what’s what:

While there are obvious design inspirations from the likes of the flagship Q8 SUV and other new Audi models like the A8 sedan and the A7 Sportback, the silhouette of the SUV harks back to the older model.

Highlights at the front include the new singleframe octagonal grille, narrow wedge-shaped headlights, large side-intakes, a prominent front splitter and a stylised bonnet. The grille is unique to the Q3 as it does not feature the thick surrounds like the Q8. The headlights, meanwhile, can be had in three different configurations.

The side-profile may seem familiar to some, but the more aggressive look here is apparent. The headlights and tail lamps seem to be symmetric, the wheel arches are muscular and the glass area compact. The rear windshield is very sharply raked and is topped by a large roof-mounted spoiler. Wheel sizes range from 17-inch to 20-inch units, with the latter being offered from Audi Sport on the S Line variants. The rear bumper mimics the large side-intakes at the front, though the exhaust outlets are placed behind the bumper.

There are customisation options galore for potential Q3 customers as Audi says it will offer contrast paint finishes for the exterior trim apart from sportier bits and bobs with the ‘S Line’ exterior package. A total of three exterior packages are on offer, including the S Line pack.

Inside, the Q3 gets more technologically savvy and driver-oriented, at least in terms of design.

The sportiness is accentuated by the octagonal-shaped unit on the dashboard which includes the light controls, the steering wheel and the new MMI touchscreen infotainment display, along with the angled lower centre console to create that cockpit-like feeling. The new Navigation Plus system can use info from Google Maps to give real-time traffic data as well as information about the destination, including photos, reviews and business hours, etc.

An optional Bang & Olufsen surround sound system is on offer in the new Audi Q3. This utilises 15-speakers, including four in the dashboard and two each on the D-pillars, to create a surround sound experience like none other in the segment, except maybe the Volvo XC40.

Audi’s digital cockpit system, the highlight of which is the all-digital instrument cluster, is carried over from before, though it’s integration with the new centre display makes the cabin feel even more special. The A/C vents are neatly integrated onto the top of the dashboard. However, the current design philosophy of having them as a continuous unit on the dashboard (like in the Q7) seems to have been ditched by Audi.

A mix of materials can be had to decorate the interior, including Alcantara in special colours like the 'Bold Orange' you see in these photos. The three-layer upholstery makes the cabin feel special, unlike the ‘basic’ upholstery on the current model. A 30-colour ambient lighting package is available on the new Q3, which includes the Audi-ring badge on the dashboard.

Built on a new platform (VW’s modular transverse matrix or MQB), the new Audi Q3 has larger exterior dimensions than before, which frees up more space for passengers and their luggage on the inside. The new Q3 is 97mm longer, 25mm wider and 25mm shorter than the model it replaces. The 77mm increased wheelbase and the increased width help improve passenger knee room, headroom and elbow room.

Although the 40:20:40 split folding rear seat has been carried over, they can now be moved forwards and back by 150mm! Luggage space can be expanded from 530 litres to 1,525 litres. A lower floor makes it easy to load heavier luggage if required. An electric tailgate is also available as an option for increased convenience.

Radar-based safety systems are now being offered on the new Audi Q3. This adds assistance systems like adaptive cruise control, traffic jam assist (the SUV will follow the car in front, including all functions from braking to a stop and starting again), active lane assist and park assist. Safety systems like a pre-sense anti-collision system and pedestrian detection are also offered as standard.

Three petrol engines and a diesel engine will be offered with the new Audi Q3 in Europe, all of which are four-cylinder turbocharged units paired with either a 6-speed manual or a 7-speed DCT. Indian customers can expect only the 7-speed automatic variants to make it here. quattro permanent AWD system is offered as standard, while hill descent control is an optional extra.

Audi claims a longer wheelbase makes the new Q3 more stable at high speeds and helps it take bumpy roads better. A dynamic handling system, offered as an optional extra, can make the SUV even more comfortable/sporty depending on the driver’s mood at the press of a button.

The all-new Audi Q3 will go on sale in European markets by November 2018. So expect it to make landfall in India sometime in early 2019.