Only 75 examples of the SLR without a windshield were produced 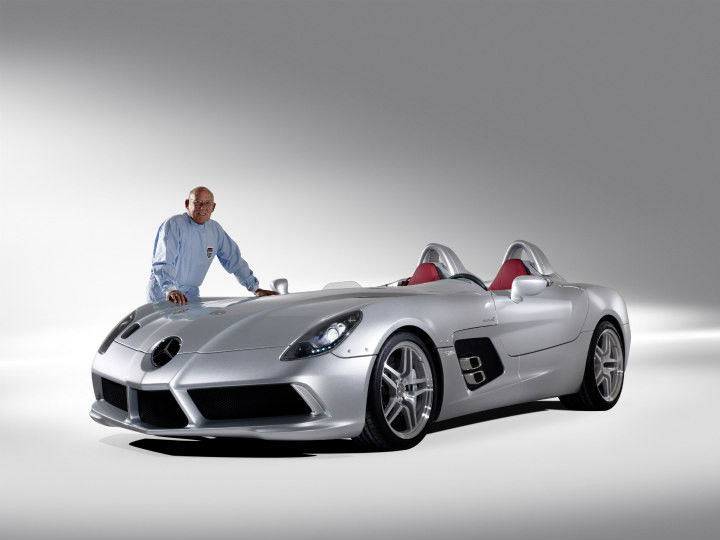 The last week saw the motorsport community lose the racing legend, Sir Stirling Moss. A man, well known for being the best driver to never win a Formula One world championship. As tributes to the racing legend pour from around the world, let's turn the clock back to more than 10 years ago, when Mercedes-Benz and McLaren made the SLR Stirling Moss Edition to pay homage to the British racing legend.

While the standard SLR already took inspiration from the 1955 Mercedes-Benz 300 SLR race car, the Stirling Moss edition took it a step further. In terms of design, the SLR Stirling Moss didn't have a roof or a windshield, sporting a speedster body style like the 300 SLR. Other interesting bits included two air scoops integrated into the bodywork to serve as roll-over bars and a tonneau cover when the front-passenger seat is not in use to further improve aerodynamics and give the SLR a side-slung single-seater look.

The highlight, of course, is what’s under the hood. It retained the supercharged 5.4-litre SLR AMG V8 engine, however, it produced 660PS of power, 34PS more than the standard SLR. This increase in power gave it a top speed of 350kmph, 16kmph faster. Other performance enhancements included the car being a whopping 200kg lighter than the standard SLR due to its carbon fibre construction and speedster design.

It debuted at the 2009 North American International Auto Show (NAIAS) with a hefty price tag of USD 1 million. What’s more, this speedster wasn’t just something a millionaire could just buy, the car was only available to customers who already owned a standard SLR. To top it off, only 75 units of the SLR Stirling Moss edition were built, making it one of the rarest and most expensive cars at the time.

An interesting fact about the SLR Stirling Moss was that this was going to be the last line of SLR models built under the McLaren and Mercedes-Benz partnership. However, McLaren introduced its own SLR Final Edition in 2010. So technically, the SLR Stirling Moss Edition is the swansong of the SLR family and a fitting tribute to Stirling Moss and the 300 SLR that gave birth to it.