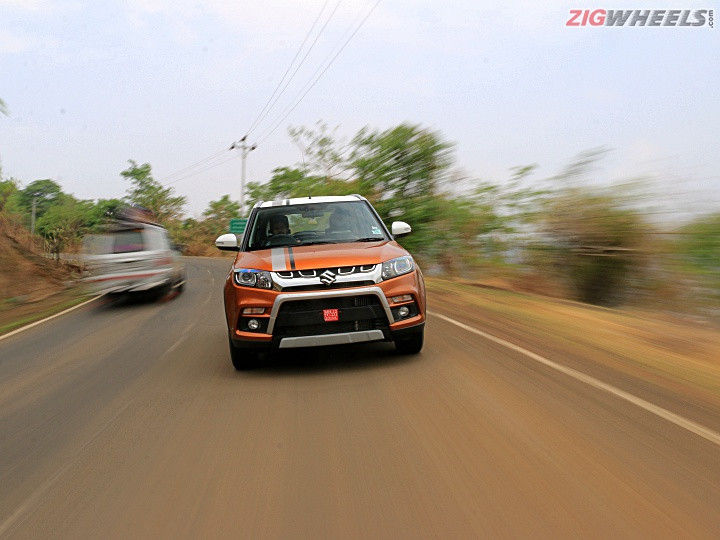 New spy shots have revealed the upcoming Maruti Suzuki Vitara Brezza’s rear fascia. The sub-4m SUV will be launched at Auto Expo 2020. Changes include subtle exterior tweaks and a new BS6 K15B engine. Now we know that there could be an SHVS mild-hybrid variant as well. Expect the compact SUV to be priced higher than its predecessor, which retails from Rs 7.62 lakh to Rs 10.37 lakh.

According to the latest spy pictures, the Vitara Brezza gets redesigned tail lamps with indicator and reversing lights set deep within protruding LED brake lights. Besides these changes, the Vitara Brezza’s rear fascia is identical to the outgoing model. The test mule lacked the current-gen Brezza’s contrast white roof and chrome tailgate garnish, leading us to believe it was a base spec. It also has an all-black bumper with a redesigned faux skid plate.

Under the bonnet, we will likely find Maruti’s BS6 K15B petrol engine. The 1.5-litre four-cylinder engine is expected to deliver 105PS of power and 138Nm of torque. The SHVS mild-hybrid tech could aid fuel economy.

The addition of a 1.5-litre petrol unit will exclude the Vitara Brezza from the sub-4m incentives on cess. This could make the Vitara Brezza pricier than the current model. However, prices could be offset by the lower cost of a naturally aspirated engine. We’ll get all the details next week, so keep an eye on this space. This compact SUV will go up against the Hyundai Venue, Tata Nexon, Renault Duster, and the Ford EcoSport.