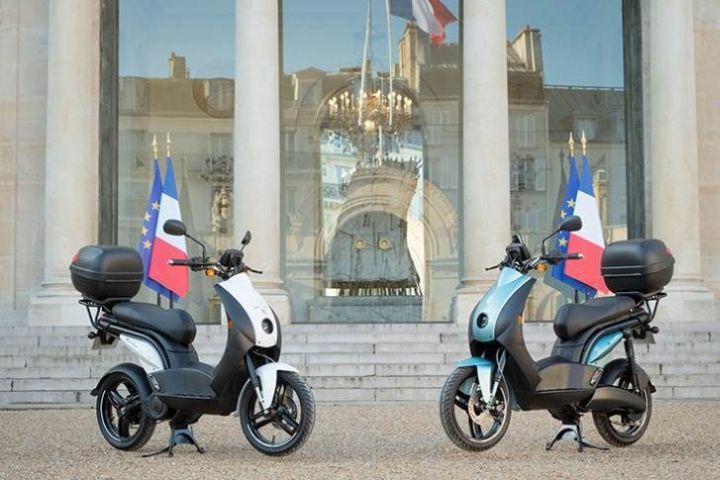 In an interesting development, Peugeot e-Ludix has made its way to join the French Presidential fleet. The revelation comes just days after Mahindra Two-wheelers fully acquired the French brand Peugeot (PMTC).

Now, if you haven’t formally been introduced to the Peugeots e-Ludix, here’s some context. Back in 2015, Mahindra Two-wheelers acquired a 51 per cent stake in Peugeot Motorcycles in a bid to expand its reach in European markets. Aside from investing GBP 13 million (approx. 12 crore) to acquire a majority stake in the French company, the brand put in an additional GBP 15 million (approx. 13.94 crore) for Peugeot’s product development. Mahindra then purchased the company altogether for an undisclosed amount.

Mahindra plans to launch seven new products under PMTC brand in the next three years. The Indian automaker is currently manufacturing the e-Ludix e-scooters at its Pithampur plant in Madhya Pradesh and exporting them to its Peugeot Motorcycles subsidiary in France. The e-Ludix features a 3kW electric motor, offers a top speed of 45kmph and weighs just 85kg. It delivers a range of 50km on a single charge using a lithium-ion battery and takes about three hours to fully charge.

An earlier tweet by Anand Mahindra, the Chairman of Mahindra Group, suggested that the company is rather keen to enter the growing electric two-wheeler industry in India in the near future. So we could expect to see the Peugeot e-Ludix take on the current crop of low-speed electric scooters on our shores as well.