The company could launch the feature-rich electric scooter here in 2020. 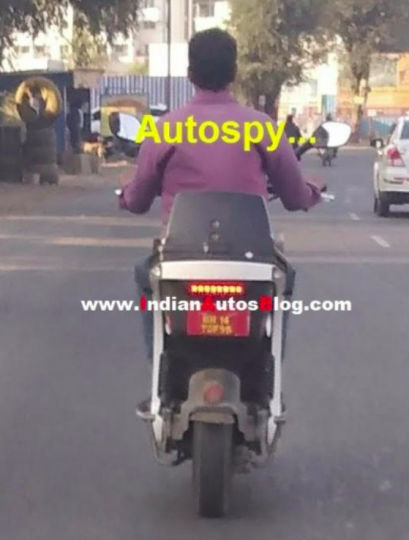 The Mahindra GenZe 2.0 electric scooter has been spotted testing in India. This marks the second time the scooter has been spied here, with the previous instance coming back in April last year. But while the Indian electric two-wheeler market was not mature enough for such a product back then, Mahindra could possibly introduce the GenZe here in 2020.

GenZe is a California-based manufacturer of electric bicycles and scooters that is completely-owned by the Mahindra Group. As of now, it develops and sells electric scooters exclusively for the US market. But if Mahindra does bring it to India, it will be interesting to see which variant of the GenZe 2.0 is launched here and more importantly, at what price. That’s because in the US, prices for the GenZe 2.0 start at $3,699, which translates to roughly Rs 2.63 lakh (1 USD = 71.1 INR). This puts it way above the Ather 450, which is currently India’s most expensive electric scooter at Rs 1.25 lakh.

But that will not be the only impediment to the GenZe 2.0’s sales prospects in India as it also gets very utilitarian styling. On the flip side, the purpose-built design has given the GenZe 2.0 a kerb weight of just 105kg, which is very light compared to some of the electric scooters currently sold in India.

However, when it comes to features, the GenZe 2.0 scores highly. It gets a full-digital touchscreen LCD instrument console that features smartphone connectivity, in-built GPS, multiple riding modes, all-LED lamps, a lockable rear storage bay and security features like remote-tracking and -locking. In the US, the company also offers three years of 3G telematics data as part of the initial package. Currently, only the Ather 450 and the 22Motors Flow come close to the GenZe 2.0 in terms of features and equipment.

As for the mechanicals, the GenZe 2.0 uses a 2kWh detachable Lithium-ion battery that gives it a claimed single-charge range of 48km and a top whack of 48kmph. The battery propels the rear wheel through a hub motor that makes 2PS of power and a humongous 100Nm of torque. GenZe claims this battery can be charged fully in around 3.5 hours. The scooter’s underpinnings consist of a cast aluminium frame that is suspended on telescopic forks and dual hydraulic shocks at the rear. Braking duties are handled by discs at both wheels which are further aided by regenerative braking.

Although electric scooters are growing in acceptance in India, it would be a challenge to sell the GenZe 2.0 here at its current price. An obvious way to reduce the asking price would be to chop off some of the scooter’s brilliant features. The harder way would be for Mahindra to locally manufacture the GenZe 2.0, which doesn’t look feasible going by the current market size for electric scooters. However, it goes without saying that we would definitely want Mahindra to take the latter path.