KTM 200 Duke Gets Safer With ABS

The ABS is a single-channel unit, though, and is around 8,200 more expensive than the non-ABS version 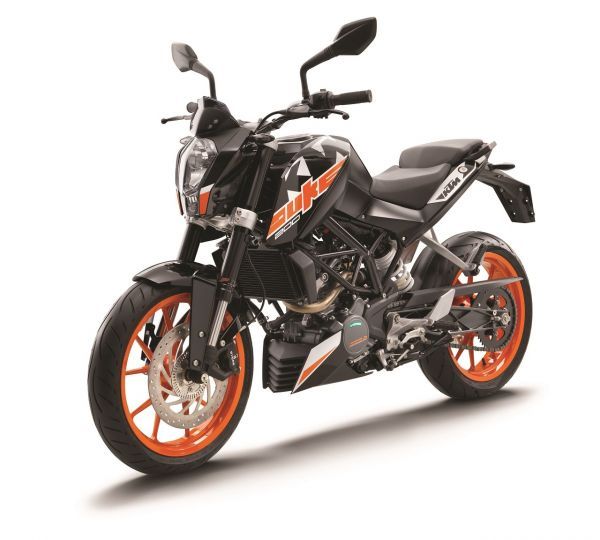 KTM India has launched the ABS variant of its entry-level bike, the 200 Duke. The ABS unit is from Bosch, and this variant is priced at Rs 1.6 lakh while the non-ABS costs Rs 1,51,757, ex-showroom Delhi. The new ABS version comes in three colours: orange, white and black, just like the non-ABS variant. KTM has confirmed that they will continue selling the non-ABS variant, presumably until the new safety norms come into effect in April next year. We believe KTM has chosen to go with a single-channel unit to keep the costs competitive.

Interestingly, the 200 Duke’s Indian twin, the Bajaj NS 200 ABS, is Rs 12,000 more expensive than its non-ABS variant. This bike also gets a single-channel unit. Coming back to the Austrian hooligan, the bike remains the same mechanically. You get a 199.5cc liquid-cooled engine that churns out 25PS of power and 19.2Nm of torque. Suspension bits include WP inverted front forks and a WP monoshock. Chief rivals include the TVS Apache RTR 200 4V ABS, Yamaha FZ25 and Bajaj Pulsar NS 200 ABS. We expect KTM to eventually launch the ABS variant of the 250 Duke as well. Here’s KTM’s official statement regarding the launch:

KTM, Europe’s No.1 Motorcycle brand has an unparalleled legacy in the world of racing with over 295 world championship titles and the experience from racetracks is directly fed into production motorcycles.

Similarly, the 200 Duke shows its racing genes with class-leading 25 Ps power and premium racing equipment like the trellis frame, aluminum swingarm and upside down suspension from WP. The newly introduced ABS by BOSCH provides the 200 Duke with even more controlled stopping power.

Commenting on the introduction of the KTM 200 Duke ABS, Amit Nandi, President (Probiking) at Bajaj Auto Ltd. said “With the addition of ABS our customers will now have choice of both ABS and non-ABS versions on the KTM 200 Duke.”

The KTM 200 Duke ABS will be available in 3 colors Orange, White and Black across 450 exclusive KTM showrooms in India.