Kia Motors India At Auto Expo 2020: Every Car At The Show

The Kia pavilion featured a range of compact SUVs 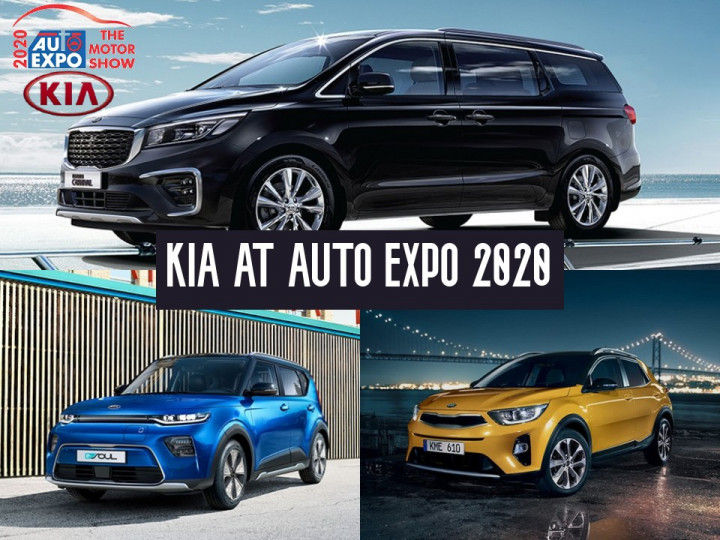 Kia Motors India had big plans for Auto Expo 2020. This was the carmaker’s second appearance at a motor show in India and a significant one at that. Kia not only expanded its India portfolio but also gave us a glimpse of its third car for India. Here’s everything it showcased at the expo:

An MPV, which has become a household name among family cars in other countries, has now come to India. We thought MPVs had gone out of fashion, but then Kia showed us sliding doors and reclining captain seats. Read our story for the full list of this MPV’s features.

The Carnival was confirmed for India last year, but Kia’s third vehicle remained a mystery. We finally saw it at Auto Expo 2020 and we have to say, it’s a looker! It could even be India’s most affordable Kia. Check out our unveiling story for details of its aesthetic, features, and price.

This could be the best looking Kia to ever make it to production. The Soul EV packs in 200PS of power and 395Nm of torque. Its 64kWh battery is good for a claimed range of 450km. Will the Soul EV make it to India? Would you ever buy a hatchback over an SUV?

The Stonic is powered by a 1.0-litre turbo-petrol engine. So a longer, wider Venue then? The Stonic is a style statement on wheels but it is unlikely to make it to India. Ogle its devil-red dual-tone paintwork and tough hatchback styling while you can.

If you aren’t confused between the definitions of a hatchback and an SUV yet, you will be now. The XCeed is a crossover utility vehicle, according to Kia. Sized like a Duster, it combines the agility of a hatchback with the utility of an SUV.  Power comes from a 1.4-litre turbo-petrol engine paired with a 7-speed DCT. At the moment, it’s produced and sold in Europe.

The X-Line is a more aggressive Seltos for off-roading. It is shod with knobbly tyres and has better ground clearance. If you think the X-Line could make it to production, take a deep breath and read our story.