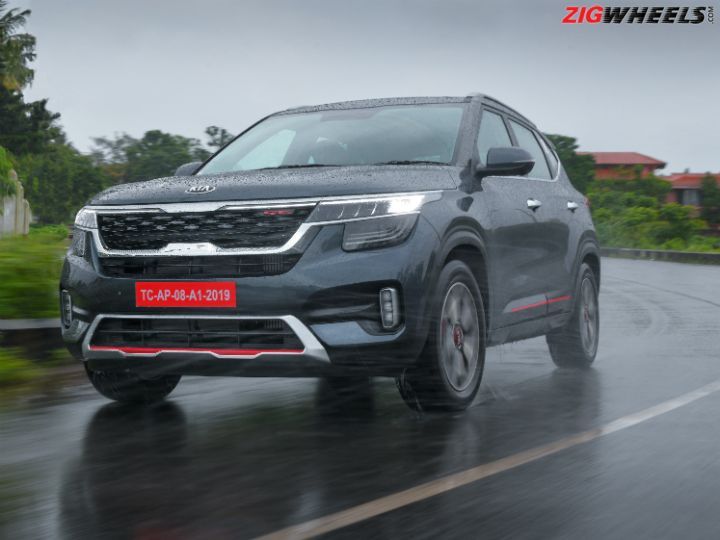 Some days ago we had reported that Kia might offer the Seltos GT Line with the 1.5-litre diesel engine. Our speculation was based on a leaked RTO document which has now turned out to be true. Kia dealers in cities like Mumbai, Bangalore, Pune and Chennai have started accepting bookings for the Seltos diesel in the GT trim.

Going by the leaked circular, we were expecting Kia to offer the diesel-automatic in the GT X variant. But from what appears now, various dealer sources are confirming that Kia will most likely be offering the diesel-automatic combination in the range-topping GT X+ variant. These sources have also confirmed that they have started accepting bookings for the same.

The GT X+ variant is the top-of-the-line varint which comes with all the special goodies, namely the Bose premium sound system, a sunroof, 360-degree camera, ventilated front seats, 8-way powered driver’s seat and some more. Over the HT X+ variant, it gets features like a 360-degree parking camera, blind view monitor, 6-airbags and the 8-inch heads-up display. The GT X+ variant with the 1.5-litre CRDI engine and the 6-speed automatic gearbox is expected to be priced similar to the petrol 1.4 turbo with the 7-speed DCT.

The Seltos is available in two trim lines, GT Line and Tech Line, which are further split into 8 variants. Engine options include a 1.5-litre petrol and diesel making 115PS, and the 1.4 T-GDI which makes a healthy 140PS and 242Nm of torque. The Korean carmaker has done their homework and is offering four transmission options for the Seltos.

The Seltos is all set for a launch on August 22 with competition arising from key rivals like the Hyundai Creta, Tata Harrier and MG Hector. The only missing piece of information is the pricing, which we believe will range between Rs 10 lakh and Rs 16 lakh (ex-showroom pan-India).