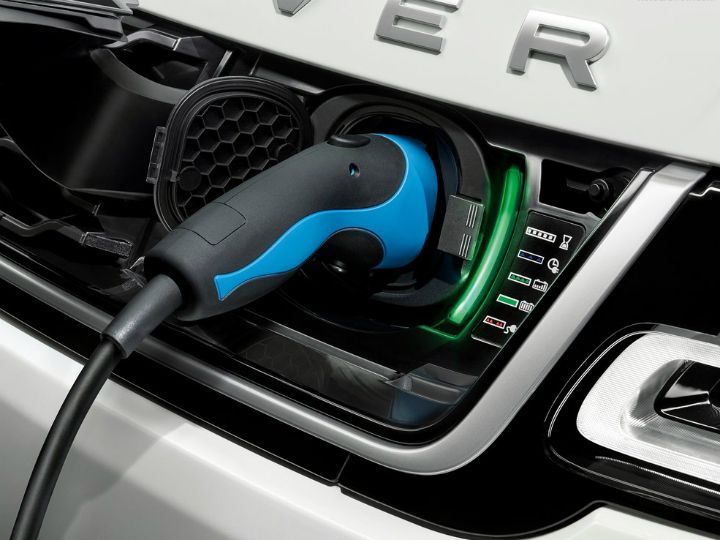 Jaguar Land Rover India has announced its plans to offer electrified versions of its cars in the country beginning later this year. The announcement follows close on the heels of the Government of India approving a Rs 10,000 crore package to implement FAME II (Faster Adoption and Manufacturing of Electric (and hybrid) vehicles) in the coming years.

Land Rover will begin JLR’s foray into electrification in India later this year with the launch of ‘its first Hybrid Vehicles’. Considering the current range of electrified Land Rovers is limited to the Range Rover Sport Hybrid and the top-of-the-line Range Rover Hybrid, we have a pretty good idea about which models will be headed to India..

Land Rover India may decide to debut their hybrid range with the P400e variants of either SUV. The powertrain consists of a 2.0-litre, in-line four-cylinder Ingenium engine, paired to an 85kW electric motor and a 13.1kWh battery pack with plug-in capability. The Range Rover has a claimed electric-only range of 48km in European test conditions. Combined, the system generates 404PS of maximum power and 640Nm of peak torque.

Jaguar will launch the all-electric I-Pace SUV in the second half of 2020, making it the first all-electric premium SUV to be offered in the country. The 2019 European Car of the Year is powered by a 90kWh lithium-ion battery which powers two electric motors, one on each axle. While the single-charge range may vary from 377km to 467km, depending on who you ask, the motors have a combined power output of 400PS and 700Nm. The I-Pace has a claimed 0-100kmph time of 4.8 seconds.

The new JLR electric models will benefit from the renewed push from the GOI to add charging infrastructure around the country under the new FAME II scheme. These cars are expected to cater to the super elite who care for the future of the planet. The Range Rover Sport P400e is expected to cost well over Rs 1.3 crore before incentives (presuming it will be offered in the top-spec HSE variant), and take on the Volvo XC90 T8. Meanwhile, the Jaguar I-Pace, which has no direct competitors, is expected to be priced around the Rs 1 crore mark.

Here’s what Jaguar Land Rover had to say:

JAGUAR LAND ROVER INDIA TO BEGIN ITS ELECTRIFICATION JOURNEY IN 2019

“Jaguar Land Rover’s focus is to commit itself to a more sustainable future and our engineers have developed just the right products to lead us on this path. The introduction of electrified vehicles in Jaguar Land Rover India’s portfolio is in line with the government’s thrust towards electric vehicles. The company is encouraged by the introduction of FAME-II by the Government of India and its focus on the expansion of the charging infrastructure in the country. This is bound to help with faster adoption of all kinds of Electric Vehicles in due course.”

View All
All Upcoming Jaguar Cars