Developed by Hyundai South Africa, the car gets a sporty body kit and improved performance 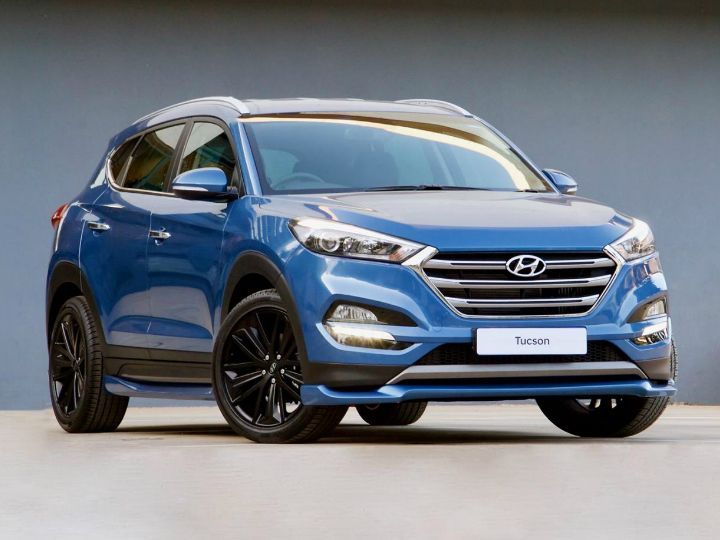 The Hyundai Tucson in India follows the company's established philosophy to the core. It is stylish, well equipped, is powered by decently powerful and frugal motors, is more focused on comfort than handling and is a value for money buy. But if you were looking for more performance, you wouldn't have any choice in the segment.

The Hyundai Tucson Sport, launched in South Africa, could be a good indicator of what a sportier Tucson could look like.

Hyundai made waves in 2015 when it announced that it was developing a new performance division simply called the 'N'. It was predicted that Hyundai would soon launch 'N' variants of its existing lineup of cars which would be focussed towards performance above everything else. Hyundai N is yet to launch a road-going car; the first car is rumoured to be a high-performance variant of the i30.

With customers getting impatient, some divisions of Hyundai have taken temporary measures to keep customers interested in their cars. The Hyundai Tucson is a very popular model in South Africa, with 16.5 per cent market share in its segment. And hence, the Tucson Sport seems like a perfect way to attract more customers in a market where sportier cars are appreciated.

The Hyundai Tucson Sport is based on the 1.6 T Executive model, which is normally powered by a 1.6-litre, 4-cylinder, turbocharged petrol engine developing 177PS of maximum power and 265Nm of peak torque. In India, the Tucson gets a naturally aspirated 2.0-litre petrol motor developing 155PS/192Nm.

The Tucson Sport gets a full body kit which includes front and rear bumper extensions along with side skirts, new black lower cladding, a set of 19-inch shiny black alloy wheels and fatter tyres. At the rear, a set of four exhaust pipes pop out from the bumper; these are the first signs that this Tucson is not just a cosmetic update.

The 1.6-litre, turbocharged petrol motor receives an ECU remap and a full-length free flow exhaust system. Engine performance numbers now stand at 204PS (+27PS) and 295Nm (+30Nm). Power is sent to the front wheels via a 6-speed manual transmission. While Hyundai South Africa has not revealed any performance figures, the Tucson Sport should be able to beat the standard version's 9.2-second 0-100kmph time and easily cross its 203kmph top speed.

Unfortunately, it seems like Hyundai has not adjusted the suspension to compensate for the additional performance on hand. South African publications have reaffirmed this by stating that it rolls around corners, the rear seems to be lively and that its front tyres lose traction easily.

It looks like a fun conversion and could be a big draw for customers too. Would Hyundai India ever consider a variant like this?