Looks sharper than ever before and gets a host of premium features too! 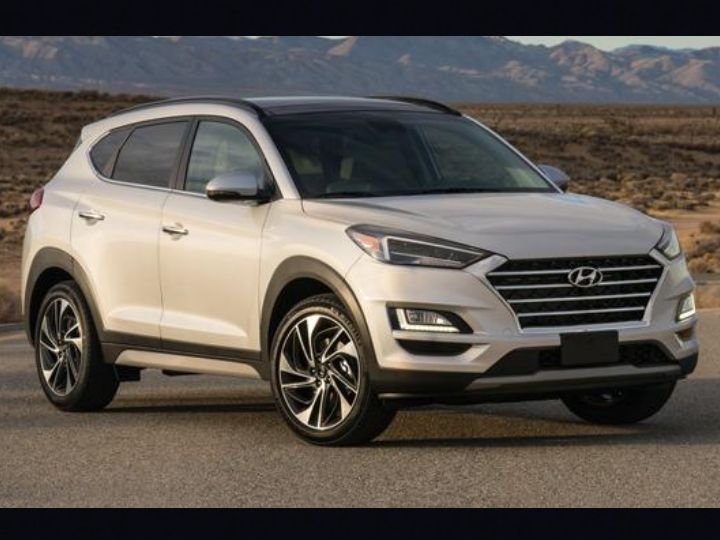 Hyundai has unveiled the Tucson facelift at the ongoing New York International Auto Show with a revised engine lineup and slight tweaks to the design. Without further ado, let’s dive straight into the details and take a look at the updated SUV, shall we?

The Tucson was already a good looker and the new design takes it a step forward. Hyundai’s signature cascading grille takes the pride of place at the front of the Tucson. The headlamps are a lot sharper than before and feature LED units along with reshaped LED DRLs. The bumper has received a chiseled look now, enhancing the sharp even looks further. Even the skid plate and the fog lamp housings are all-new.

At the side, the only noticeable difference comes in the form a new set of diamond-cut alloy wheels. New graphics for the LED tail lamps and the redesigned rear bumper and exhaust outlet round off the changes to the exterior of the 2019 Tucson.

Hyundai says the cabin is roomier than before. Apart from that, the South Korean carmaker also says that the new powertrains improve efficiency and driving dynamics by a big margin as well. We’ll have to get our hands on one to confirm these claims though.

Hyundai has tweaked the dashboard and equipped the 2019 Tucson with features such as a premium sound system by Krell, a a wireless phone charger and a 7-inch floating touchscreen infotainment system with Apple CarPlay, Android Auto and Bluetooth connectivity. Customers can upgrade to a larger 8-inch screen which offers 3D maps too.

“The new Tucson brings a fresh look, creating a consistent appearance with our latest Hyundai models as well as a series of enhancements to the driving and ownership experience,” says Andreas-Christoph Hofmann, the vice-president of marketing and product at Hyundai Motor Europe.

Read: This Is The New Hyundai Santa Fe

The 2019 Tucson is powered by two diesel and two petrol engines. However, the choice of engines will differ depending on the market. The revisions to the engine have been done to reduce engine capacity and improve CO2 emissions. The 2.0-litre engine that powers the India-spec Tucson continues to be the most powerful of the range with an output of 185PS and 400Nm. This engine is mated to an all-wheel drive system and can be had with two transmission options - a 6-speed manual or a newly-developed 8-speed auto ‘box.

There’s an all-new 1.6-litre diesel engine on offer as well. This motor comes in two states of tune - 115PS and 132PS. It can be had with a 6-speed manual and front-wheel drive setup. The more powerful unit, however, is available with a 7-speed dual-clutch automatic and choice of front-or all-wheel drive. Hyundai claims that the new dual-clutch gearbox improves efficiency when compared to a traditional torque converter.

The Euro-spec Tucson gets different petrol powertrains when compared to the India-spec model. These include a naturally-aspirated 1.6-litre motor that puts out 130PS and a turbocharged 1.6-litre unit that develops 175PS. In India, expect Hyundai to carry forward the 2.0-litre VTVT motor capable of delivering 155PS of power and 192Nm of peak torque when the facelift arrives here, probably in the first half of 2019. Although the prices are expected to be increased ever so slightly, it will continue to compete against the Jeep Compass.