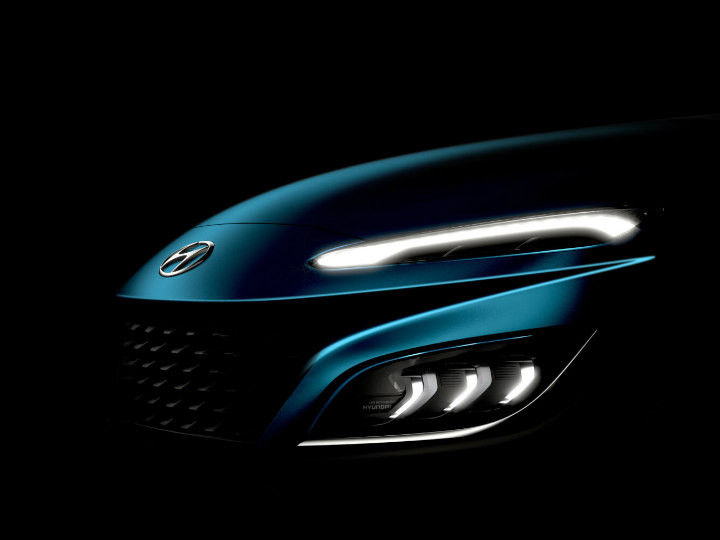 The Hyundai Kona is set to get a significant mid-life refresh for the first time since it was globally launched back in 2017 with the carmaker releasing teaser images of the updated SUV.  In addition to this a new spicier N Line variant has also been teased alongside it. And we can say is that the upgrades are set to be comprehensive.

The teaser image for the facelifted Kona reveals that it will follow Hyundai’s Sensuous Sportiness design philosophy that’s been common in modern Hyundai models. The front end is more aggressive than before with an all-new front bumper with skid plates, new grille, and  a sleek set of split headlamps with LED DRLs.

The N Line variant takes things up a notch with a different front bumper, a new grille in a mesh design, larger air intakes  and what looks like three small air intakes just above the grille. A  closer look and you’ll notice the Hyundai logo has shifted from the top of the hood to the mesh grille in the Kona N Line.

Further details on the updated Kona are yet to be revealed, but we can expect bits like a touchscreen infotainment system, connected car tech and wireless charging to be retained along with feature additions. Under the hood, the standard Kona could soldier on with the 1.0-litre turbo-petrol and 1.6-litre diesel engines. The N Line variant on the other hand could be powered by the 201PS/264Nm 1.6-litre turbo petrol engine that was recently introduced in the 2021 Elantra N Line.