New Hyundai i20 vs Venue: Can The SUV Beat The Hatchback In Performance Runs?

Both models come with the same 1.0-litre turbo-petrol engine and 7-speed dual-clutch automatic 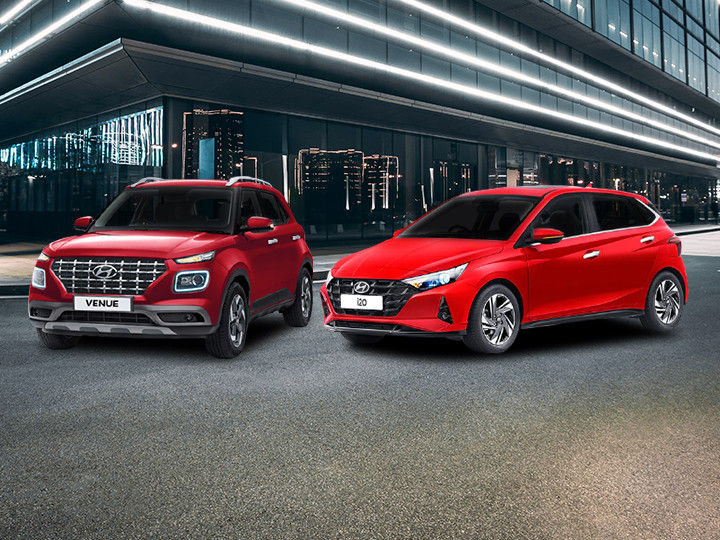 Hyundai’s 1.0-litre turbo-petrol is a staple offering for most of its compact models. It made its debut in the Venue and is now found in Hyundai cars like the Verna, Aura, Grand i10 Nios, Sonet, and even the newly introduced i20. Moreover, the preferable gearbox with this engine is the 7-speed DCT (dual-clutch transmission) which is known for its smooth and quick shifts.

The i20 turbo-petrol DCT’s pricing overlaps with another Hyundai car, the Venue. We will answer whether you need to pick the SUV or hatchback in a different report, but today, let’s focus on the performance and fuel efficiency test of these two.

Hyundai’s 1.0-litre turbo-petrol engine is offered in two states of tune: 100PS/172Nm and 120PS/172Nm. The i20 and Venue come with the more powerful tune. This engine is offered with three transmissions: a 6-speed manual, a 7-speed dual-clutch automatic and a 6-speed clutchless manual. In this report, we have compared the DCT powertrain of both cars.

The i20 is faster than the Venue in the 0-100kmph run by around 0.4 seconds. It could be due to the i20’s overall lighter kerb weight. Mash your foot down from 20kmph though and it’s the Venue that edges the i20 by a whisker. Since these differences are so miniscule, it shouldn’t make much difference in the real world.

While the difference between performance figures are minimal, the fuel efficiency figures tell a different story despite both models using the same powertrain. The i20 tested here is almost 2kmpl more fuel efficient in the City. This is despite the fact that the i20 tested here is a BS6 model. However, the gap between both models on the highway is just around 0.4kmpl.

The base-spec i20 Turbo is a lakh more expensive than the Venue while the top-end variants of both models are Rs 32,000 apart. Both cars have a premium image and similar performance, but the Venue might be the more favourable one here as SUVs are trending in the country. That said, the i20 with its premium gadgets like a larger infotainment and Bose sound system might appeal to tech-savvy customers.