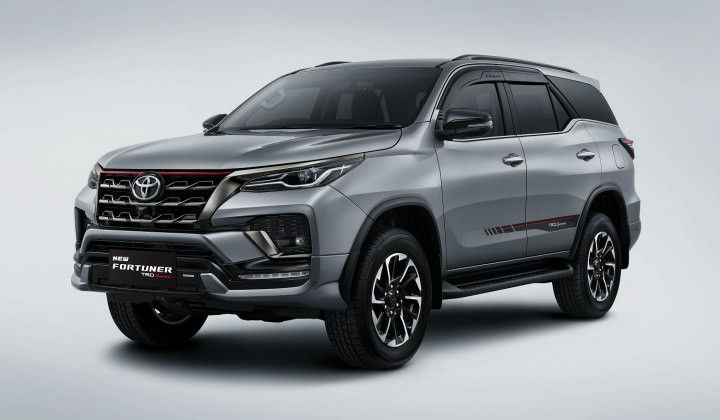 It's only been over four months since the Toyota Fortuner received a mid-life refresh in Thailand. Now, the carmaker has given its sportier-looking trim, the TRD Sportivo, a similar update in Indonesia. While the standard Fortuner facelift was already a bold update, the TRD brings a bit more to the table.

On the outside, it gets familiar updates like the larger grille, redesigned LED headlamps with sleek LED DRLs, new front and rear bumpers, revised fog lamp housing, and LED detailing for the tail lamps. The TRD Sportivo adds dark accents on the grille, mirrors, front bumper and fog lamps. The front grille also gets a red strip and TRD badging. Other notable bits include aggressive 18-inch dual-tone alloy wheels and chrome black backdoor garnishes.

Back home, Toyota recently launched the current Fortuner’s TRD Edition, so don’t expect the facelifted TRD Sportivo to be introduced before the standard Fortuner facelift. Speaking of the standard Fortuner, it could head to India by early-2021. The manufacturer has already started testing the updated SUV in the country. Expect it to be pricier than the current-gen model which starts from Rs 28.66 lakh (ex-showroom). It will go up against the Ford Endeavour, Mahindra Alturas G4 and MG Gloster. The TRD Sportivo, on the other hand, has the Ford Endeavour Sport to contend with.