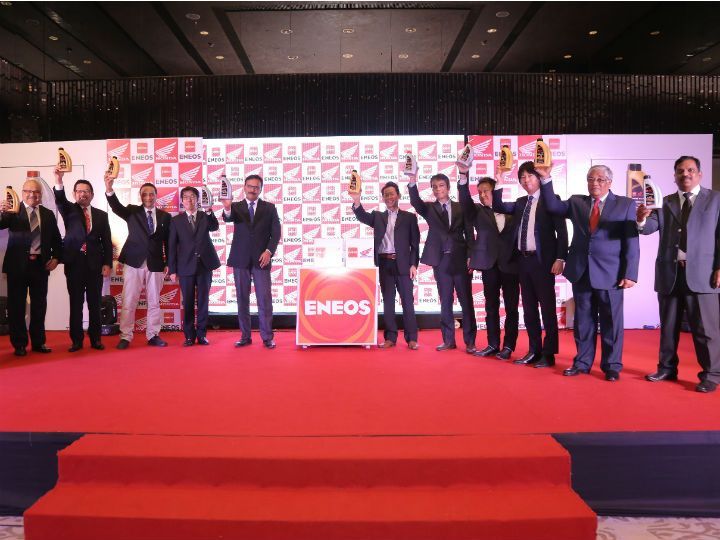 Honda has teamed up with JX Nippon TWO Lubricants India to launch the ENEOS Honda range of engine oils. The newly launched range of lubricants are mineral based, and are available for both Honda motorcycles and scooters, ranging from the Activa to the Hornet CB 160R. For bikes, the oil is available in 10W30 MA grade, whereas the scooter oil is graded as 10W30 MB. In October last year, Honda had launched another range of lubricants for its two-wheelers in association with Bharat Petroleum’s MAK Lubricants.

Compared to the MAK co-branded lubricants, the new ENEOS Honda engine oil is priced at a bit of a premium, despite being the same grade. Called “Bikerz Oil”, it is costs Rs 272 for an 800ml pack and Rs 341 for a 1-litre pack - both for bikes. Usually, motorcycle oils are available in 1-litre packs and small-capacity engines do not require that much. An 800ml pack should come in handy in such cases.

The lubricant for scooters, called “Scooterz Oil” is priced at Rs 286 for an 800ml pack. The newly launched range will help Honda gain a better foothold in the lubricant market. Here’s HMSI’s official release regarding the launch:

ENEOS Honda is specially formulated for Honda’s diverse product portfolio. It comes in two variants ‘BIKERZ OIL’ for Honda motorcycles and ‘SCOOTERZ OIL’ for Honda scooters. The co-branded oil will be available for sale in the market by the end of January 2019.

Speaking on the association, Mr Pradeep Pandey, Senior Vice President – Customer Service, Honda Motorcycle & Scooter India Pvt. Ltd. said, “At Honda, we believe in putting customers first. Our efforts to ensure quality products and services are consistent and we have taken yet another step towards elevating customer satisfaction. In association with JX Nippon TWO Lubricants India Pvt. Ltd., we have launched ’ENEOS Honda’ engine oil exclusively for Honda two wheelers. The product will be distributed across the country through vast network of Tide Water Oil, promising a smoother ride for our valued customers.”

Present on the occasion, Mr. Hiroyuki Morikawa, Managing Director of JX Nippon TWO Lubricants India Pvt. Ltd. (JXTL), said “ENEOS is the brand of Japan’s largest petroleum company JXTG Nippon Oil and Energy Corporation. JXTG, Japan has collaborated with Honda for more than 6 decades in developing and introducing technically superior and advanced lubricants for various automobiles of Honda. Launch of this co-branded oil has added another milestone in our journey together with Honda.”

Backed by the two-wheeler segment growth, the lubricants market is expanding as well. With the launch of ENEOS Honda Engine Oil, Honda aims to meet customer expectations for value services & genuine components.