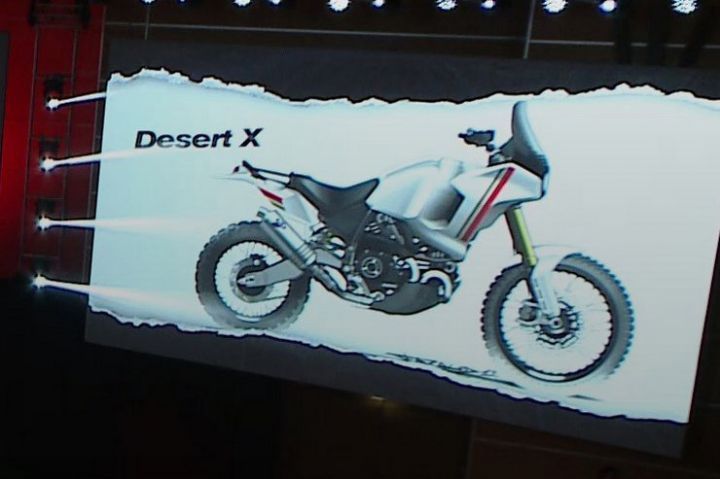 The Italian bikemaker took centre stage at the Ducati World Premiere to unveil its entire 2020 range of bikes. This included the Streetfighter V4, a baby Panigale, the 2020 Panigale V4S, Multistrada 1260 GT and the slightly tweaked Scrambler Icon Dark amongst other updated models. But the manufacturer also had two aces up its sleeve which came in the form renders of new concepts from the Scrambler range. The prototype models for these bikes will be unveiled at EICMA in Milan on November 5.

The first of the two bikes is an off-road inspired Dakar bike called the Desert X based on the Scrambler 1100. It draws inspiration from the  Cagiva 1980s Paris-Dakar rally bike and features an all-new design equipped with a half fairing, an engine cowl and a windscreen. While it seems to retain its 19-inch front and 17-inch rear wheel configuration it gets a single-seat setup, a luggage rack, knuckle guards and a new upswept exhaust.

Coming to the second concept which draws its roots from a Supermoto and uses the Scrambler 800 as its base. As you’d expect from a Supermoto, the bike gets raised fenders, semi-slick tyres, and a race-style number board.  It’s said to be powered by the same 803cc, L-Twin motor from the Scrambler Icon which produces 73PS and 67Nm.

The two bikes will add to the already comprehensive Scrambler from Ducati and give customers new genres to tap into. The unveiling will take place at EICMA so make sure to stay tuned to ZigWheels for further updates.