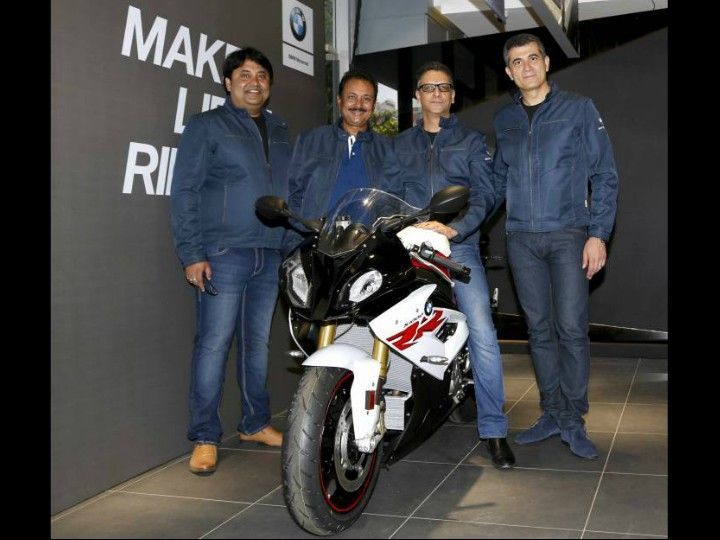 BMW Motorrad officially commenced its operations in the country as a part of the Indian subsidiary of BMW Group in Mumbai, Pune and Bengaluru some time back. As a part of their initial dealership setup plan, BMW had planned to set up dealerships in 4 cities including the above mentioned three cities and Ahmedabad. The Bavarian bikemaker has now inaugurated its Ahmedabad dealership and will be operating through Navnit Motors in the city. The dealership is located at Titanium Square, Thaltej Crossroad, and the aftersales facility will be provided at a centre located in SG Mall, Thaltej, in Ahmedabad.

BMW motorcycles were earlier sold through imports made by a few dealers in the country. This also resulted in higher prices of their motorcycles compared to other motorcycle brands. Mr. Shivapada Ray has been appointed as the head of BMW Motorrad in India and the company currently aims at increasing their dealership network in the country.

Mr. Sharad Kachalia, Director, Navnit Motors, said, “With our association with BMW India for more than a decade in the country, we see new opportunities in Ahmedabad with BMW Motorrad. We are confident that we will be able to trigger a new era of motorcycling which expresses a certain lifestyle and manifests the motto ‘Make Life a Ride’. We are excited to engage with our customers and prospects in Ahmedabad and it will be our constant endeavour to make hearts beat faster with the ‘ultimate riding machine’.”

Navnit Motors has been associated with the BMW Group since 1994 as an importer of BMW cars in India, much before BMW officially entered India.

Read about the pricing of the motorcycles at - Prices.