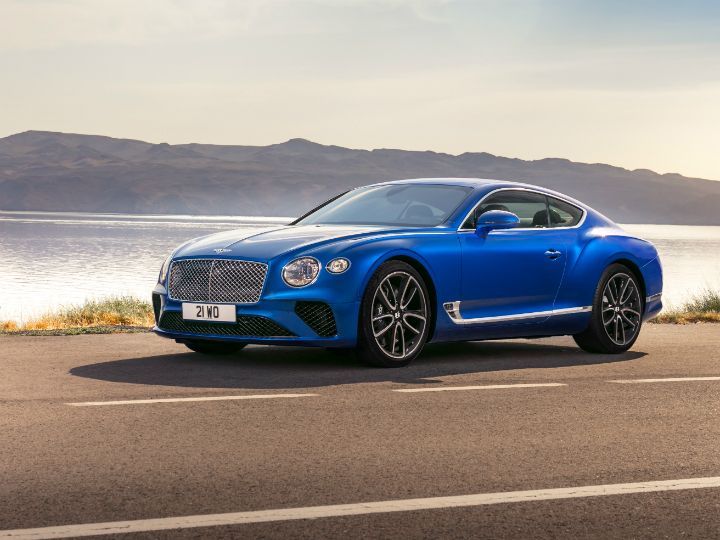 Bentley has revealed the all-new, 3rd generation Continental GT. The Volkswagen-owned British marque has combined traditional British hand-crafted car manufacturing with the latest German technologies on offer to make, what the company claims, is the finest Grand Tourer ever produced.

The Bentley Continental GT is now longer and lower than before and its design takes a lot of inspiration from the EXP 10 Speed 6. The Continental GT has moved away from the smoothened brick-like look that the previous model had, and instead looks like a fast arrow that is tearing through the air with a speed wave forming around it.

The tight body lines and impressive detailing have been achieved by using a new stamping process where the all-aluminium panels are 'Super Formed'. Aluminium panels are heated to 500°C before being stamped to make them conform to the complex shapes that the new Continental GT gets. This is very clear on some panels like the multi-layered muscular haunch. Using aluminium and other light weight materials has also reduced the overall weight of the car by over 80kg as compared to its predecessor.

The headlights are a marvel of design themselves. While the lights may be the same LED Matrix units used on many other Volkswagen group cars, the headlamp cluster design helps it shine. Literally, the headlamp cluster features crystal-cut glass like surfaces which catch the light like a diamond. Bentley also offers an optional welcome light sequence where this effect is exploited to create a dazzling display as you approach the car.

At the rear, the tail-lamps are now elliptical and mimic the exhaust pipes.

The opulent exterior is matched and taken to the next level by the almost obscenely luxurious cabin. Different types of natural leather, over 10 square foot of wood, hand polished chrome etc. have been used to give the new Continental GT is unique look and feel.

All the seats in the new Continental GT are 20-way electrically adjustable for the best sitting position possible. This adjustability is complemented by the unique quilt effect used on the leather for the ultimate surface to sit on.

Digital screens and haptic feedback buttons cannot be ignored in this day and age, and the Bentley Continental GT gets the best of both intertwined with the old-school hand-made bits in the cabin.

A 12.3-inch touch screen sits in the middle of the dashboard and can be configured to show a plethora of infotainment screens, but being a Bentley this space is not just reserved for the screen.

The screen is part of a three-sided panel - one of the other two matches the wood, chrome and plastic trim of the dashboard which makes the dashboard look seamless when deployed.

The second one features three analogue dials - a compass, an outside temperature gauge and a fancy watch.

Grand Tourers are meant to be taken for long cross-continent road trips, and you need the best sound system to keep you entertained on the road. The Continental GT comes with a choice of three - an unbranded 650 Watt, 10-speaker system, a Bang & Olufsen 1500 W, 16-speaker system and a Naim 2200 W, 18-speaker system with transducers built into the front seats for unmatched bass.

As with the previous-gen car, the new Continental GT is powered by a 6.0-litre, twin-turbocharged W12 (two V6 motors paired together) petrol engine which is paired to a new 8-speed dual-clutch transmission.

The W12 motor now develops 635PS of maximum power and 900Nm of peak torque. Paired with a new 8-speed dual-clutch transmission, the new Continental GT does the 0-100kmph run in 3.7-seconds and can achieve a top speed of 333kmph! While it is not a sportscar, the Continental GT does get a dedicated launch control system, maybe to show off to people that you are not driving a luxury barge.

Bentley wants everyone to know that though this is a very powerful grand tourer, the new Continental GT is not a gas guzzler. It is fitted with start-stop technology and cylinder deactivation technology for better efficiency. During coasting, the Bentley Continental GT becomes a 6-cylinder car! Bentley claims a fuel-efficiency of 8.19kmpl.

To make the Continental GT a better handler, the engineers at Bentley have given it a new suspension system which consists of an advanced air-suspension, reworked links front and rear, adaptive damping and an electronically actuated anti-roll bars for the best compromise between comfort and handling.

The all-wheel drive system is all-new too and can continuously vary the torque between the two axles instead of splitting it 40:60 like before. The Bentley Continental GT is primarily a rear-wheel drive car, with power sent to the front wheels when traction is needed.

The car will be unveiled at the upcoming Frankfurt Motor Show, no details about launch schedule or the prices have been revealed as of now. 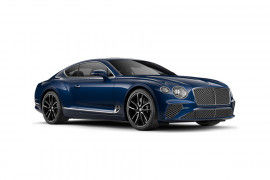