Want to know what an epic road trip from the Arctic Circle to Antarctica looks like? Step here 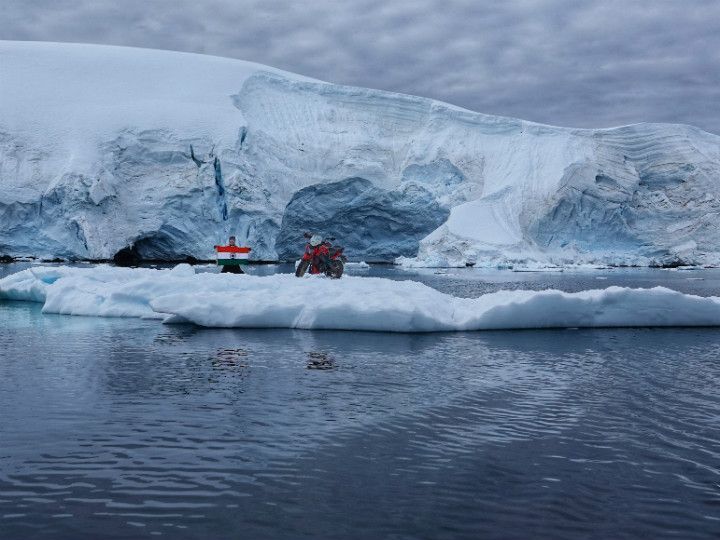 The Bajaj Dominar 400 is a capable motorcycle and to prove its might, Bajaj decided to organise a road trip. And it wasn’t something like a ride to Goa, or exploring the Mustang Valley in Nepal. Back in 2018, three riders rode all the way from the Arctic Circle to Antarctica in just 99 days on the previous-gen Dominar. Here are some breathtaking images from their expedition.

After the ride was flagged off from Pune in July 2018, the motorcycles were shipped all the way to the Arctic Circle.

Here’s the route map showing the insane 51,000km route which the riders took.

The riders crossed 15 countries and three continents along the way.

To make sure that they finished the ride in a record time, they covered an average distance of 500km everyday!

They did the ride their own without any mechanical support or back-up vehicle!

From –22°C in the Antarctic, to +54°C in Death Valley, they had to face pretty extreme temperatures.

From the James Dalton Highway in the Arctic Circle to the Death Road in Bolivia, the riders had to cover some of the most dangerous roads in the world.

Now, this might look like a scene from a sci-fi movie, but this is actually a tourist spot in Chile called the Hand of the Desert.

The team used three previous-gen Dominar 400s for the expedition. And to make these motorcycles ready for a trans-continental ride, Bajaj made some in-house modifications like equipping the bikes with all-weather tyres, jerry cans, panniers and an ADV-style beak.

After 99 days riding, the trio concluded their trip at Ushuaia in Argentina.

The riders spent more than three months on the motorcycles and traversed through some of the most beautiful roads in the world. Honestly, these images don’t tell you the whole story. For that, click here to watch the official videos that Bajaj has posted on its YouTube channel.