Renault’s New Electric Crossover Has Something No Other EV Has 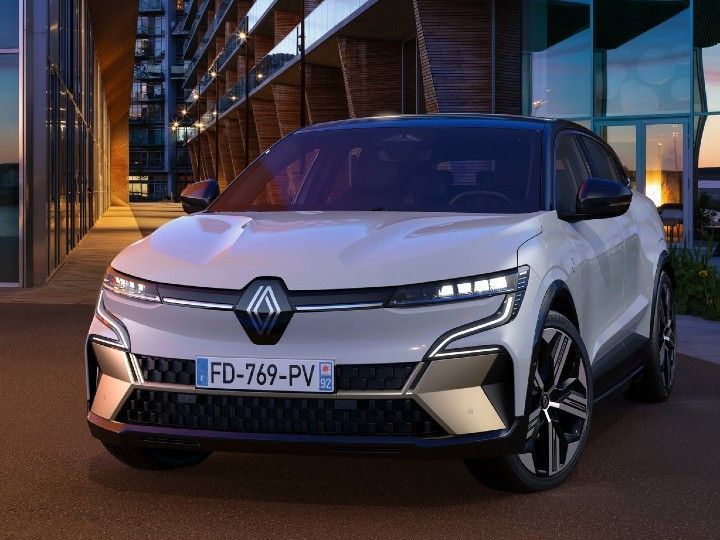 Renault recently unveiled the Megane E-Tech at the ongoing Munich Motor Show (IAA). The French carmaker is offering it in two power specs: 130PS and 218PS. The latter can sprint from 0-100kmph in 7.4 seconds. While this is not blisteringly quick in today’s day and age, it is a good benchmark for a crossover that is supposed to cater to the masses. However, just because it is a mass market model, it doesn’t mean it lacks an element of coolness. Here’s three things about the Megane E-Tech that we find to be pretty cool:

The Megane E-Tech will be available with an option of two battery packs: 40kWh and 60kWh. The former is capable of a range of 300km, whereas the latter can go up to 470km. However, these two battery packs combined are only 110mm thick, which according to Renault is a first in the world. The overall result is that it reduces the height of the vehicle, aiding in better aerodynamics and efficiency. It’s a cool new thing as the achievement (of having the thinnest battery pack) comes in the field of EVs, and could prove to be an advantage in this upcoming genre of vehicles in the years to come.

The Megane E-Tech employs Renault’s new ‘Sensual Tech’ design language. According to Renault, the design encompasses Renault’s already fluid fast-flowing design with a sense of technology. They have used LED lighting all around to drive home the point. In fact, the rear lighting makes use of micro-optical LED lights. These are layers of micro-optic fibres that criss-cross each other to create a 3D effect. In essence, the technology on the Megane E-Tech helps enhance the design of the electric crossover.

The multimedia setup on the Megane E-Tech uses Google OS. It’s that simple. You get Google Assistant, Google Maps and even the Play Store. According to Renault, 75 percent of smartphone users in the world use Android devices, and with such support, they will be able to seamlessly stay connected to the outside world, even when they are driving. Google support for the Megane E-Tech means that updates will be quicker, giving users the latest features as soon as they are released. What’s more, with Google actively testing their systems for bugs, any software inadequacies will be quickly eradicated through OTA (over-the-air) updates. Qualcomm, which produces the famous Snapdragon chips for smartphones, will be providing the chipset for the Megane E-Tech as well.

Renault has not yet revealed when the Megane E-Tech will go on sale, or how much it will cost. However, it will be available in three different variants, and isn’t expected to come to India when it is launched in Europe.