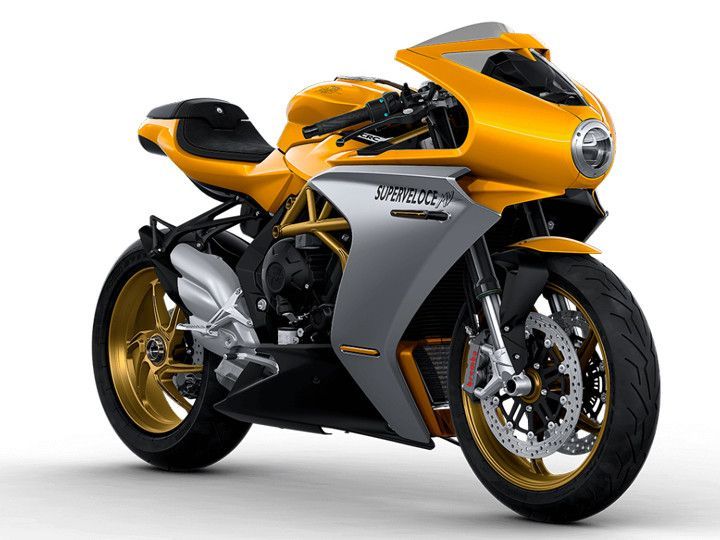 When you think Italian, you think MV Agusta, a brand that’s produced some achingly beautiful motorcycles -- the Superveloce being its most recent work of art. The design is an absolute masterpiece and incomparable to any other bike in the market. And just when we thought it couldn’t get any better, the Italian bikemaker has introduced the 2021 Superveloce in standard and S trims. The latter features a race kit. You also have three colours to choose from: red or yellow in the standard model and white for the S variant.

So what’s new? First and foremost, you have the Superveloce S which offers lightweight spoked wheels instead of cast wheels, brown Alcantara leather seats, a seat cowl and an Arrow exhaust with a remapped ECU for better performance. Feature-wise, both variants feature a Bluetooth-compatible 5.5-inch colour TFT display and LED lights.

A remapped ECU and exhaust helps improve the bike's throttle response and midrange grunt. The end result is a cleaner, more fuel-efficient engine with better mid- and top-end performance. Then there's the third generation bi-directional quickshifter for smoother and more precise shifts.

Its electronics have been improved significantly. The Superveloce now comes with an IMU designed by Milan-based e-Novia specifically for the MV. This opens up a whole new world of electronic rider aids for the bike ranging from cornering ABS to lean-sensitive traction control, and revamped front lift control. It also features a new ABS system from Continental.

There’s no change in hardware. Both variants get a 43mm Marzocchi USD fork and a Sachs rear monoshock. Twin 320mm discs at the front and a single 220mm disc at the rear mated to Brembo callipers help anchor the bike.