Have the updates made the Swift a worthy contender when pitched against its rivals? 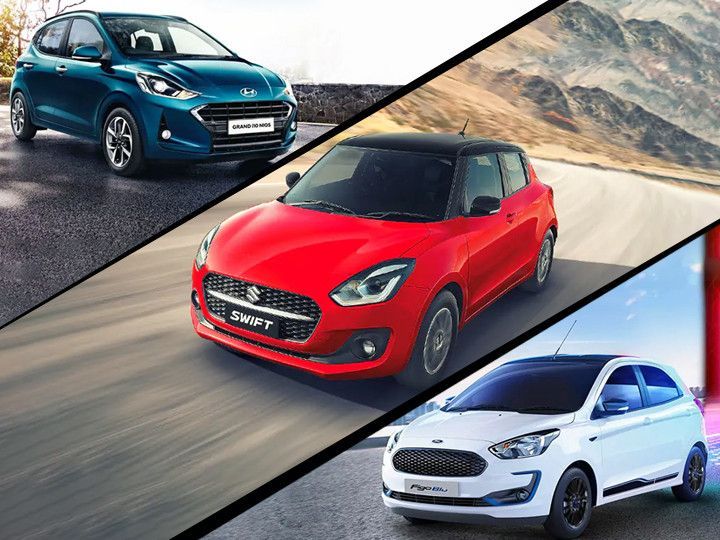 Maruti Suzuki has launched the facelifted Swift at a starting price of Rs 5.73 lakh (ex-showroom). As a part of this midlife update, the Swift gets a mildly revised grille, more features, and a new 1.2-litre DualJet petrol engine. While the Swift remains a best seller in its category, do these updates make it an even more tempting option when compared to the Hyundai Grand i10 Nios and Ford Figo? Also, let’s see how it fares against the similarly priced Renault Triber sub-4m MPV with three rows of seats.

All four models have their bases covered with a touchscreen infotainment system, a multi-info display, and keyless entry with push-button start.

The Swift is the only model to come with cruise control while the Grand i10 Nios features a wireless phone charger. Exclusive features in the Ford include rain-sensing wipers and auto-dimming IRVM.

That said, the Ford misses out on Android Auto and Apple CarPlay. The Triber doesn’t get all the niceties its rivals offer, though it’s the most practical offering, capable of seating seven occupants in decent comfort.

Common safety features on all models include dual airbags, ABS with EBD, and rear parking sensors with camera. While the Figo offers side and curtain airbags, the Swift is the only one to come with electronic stability control and hill hold assist as standard with AMT variants. The Triber’s top variant also comes with side airbags.

The Grand i10 Nios gets the fewest safety features in this comparison.

Note: Since the Swift is a petrol-only model, we have only compared the petrol engine specifications.

The Swift’s updated petrol engine develops 7PS more, at 90PS, but it isn’t as powerful as the Figo’s engine. Even its 113Nm torque figure isn’t class-leading. That said, if you want sheer power, you may want to consider the Grand i10 Nios Turbo which has the best power and torque figures in this test. The Triber, on the other hand, is the least powerful model in this test but it offers the second highest certified fuel efficiency of around 20kmpl.

All the models are offered with a 5-speed manual transmission, but only the Swift, Triber and Grand i10 Nios can be specced with an optional 5-speed AMT.

The Swift’s engine also features auto start-stop functionality that shuts down the engine when idling to save fuel. It’s also the most fuel efficient car in this test.

Note: Since the Swift is a petrol-only model, we have only compared the petrol model’s prices.

At Rs 5.73 lakh to Rs 8.27 lakh (ex-showroom), the Swift is the most expensive model in this test. Its range-topping model is the priciest in its segment and one of the most feature-rich models here. The Nios and Triber, on the other hand, have the most affordable entry-level variants.