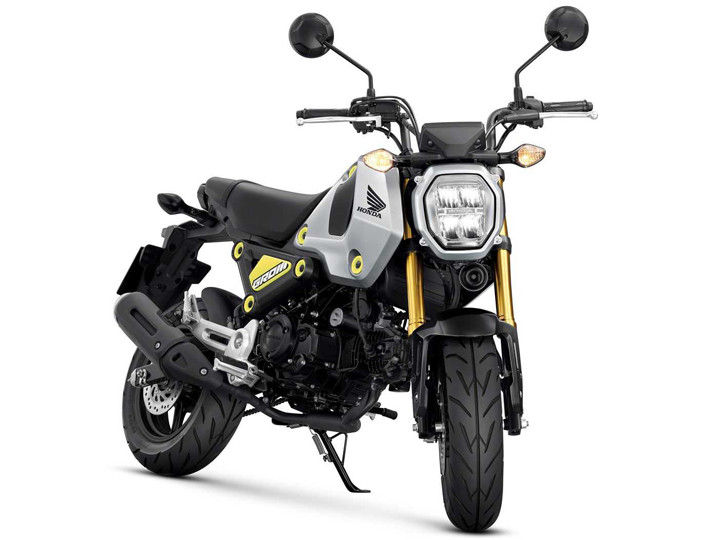 First introduced in 2013, Honda Grom soon has a cult following in many south-east Asian countries and even the United States of America. Seven years on, the monkey bike has received its first major update and Honda has worked on a lot more than just making it a Euro 5-compliant bike.

For starters, the bike now gets a visual overhaul, with a new LED headlamp, a LCD dash as well as completely new body panels. With each panel bolted on with just 6 bolts, the body panels can be swapped easily, making customization easier than ever. Honda Thailand showcased the 2021 Grom in three avatars-- A motard version, complete with headlight-mounted front fender and handguards; a Scrambler-inspired variant, sporting a headlight guard, a different exhaust and body panels; There's also an ADV-styled variant that gets a bigger windshield, handguards and even a luggage rack!

Also Read: Reasons why we like the Honda Navi

Honda has fiddled with the engine much but now with a five-speed gearbox, the 125cc, single-cylinder air-cooled engine, gets more room to stretch its legs. The power sees a bump from 9.3PS to 9.7PS while the torque has gone down from 10.6Nm to 10.5Nm. The top speed has now gone up from 86kmph to 94kmph.

The chassis has undergone some revisions as well. The subframe is now smaller. Though the Grom continues to run on 12-inch wheels, the bike now gets a new 5-spoke design. Suspension duties are carried out by 31mm USD for the while the braking department is handled by 2-pot caliper at the front and a single-piston caliper at the rear. However, Honda has introduced a G-sensor-based ABS system for the new bike for when you are monkeying around and with just 103kg wet weight, who wouldn't want to?

While the idea of â€‹â€‹having a monkey bike to putter around the urban jungle, especially in a country like ours is appealing, our price-conscious market is certainly not open to performance-oriented small capacity bikes. Honda has tried its hand with the NAVI and we know how that worked out for the brand.