This time with some major mechanical updates! 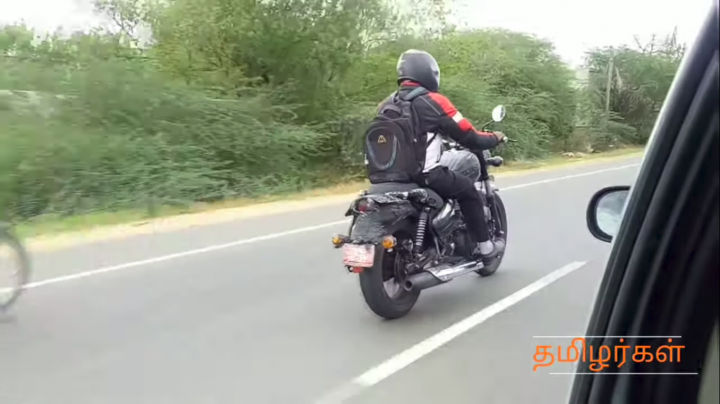 A test mule of the 2020 Royal Enfield Thunderbird 350X was spied for the second time recently, giving us a closer insight to the changes its makers have made to the bike. The upcoming motorcycle seems to feature different ergonomics, an updated engine and an all-new frame.

While the handlebars appear to be the same as before, the twin-pod instrument console has been replaced by a single-pod unit, a first for the Thunderbird range. The test mule was also seen with a split seat instead of the single-piece saddle like before. We could also make out adjustable levers and revised switchgear, just like the one seen on the upcoming 2020 Royal Enfield Classic 350.

The motorcycle also seems to be housing an all-new double-cradle frame with the new-gen BS6-ready engine. This is the same unit we’ve seen on the upcoming 2020 Classic 350. More on that here - 2020 Royal Enfield Classic 350 Spy Shots Reveal Engine Details

Further changes include a matte black treatment on the engine head, engine cover and exhaust. The company also seems to have replaced the dual horn setup with a single unit. Even the tail light design appears to have changed.

Considering the extent of changes, we expect the 2020 Thunderbird 350X to command a premium of Rs 15,000 to Rs 20,000 over the outgoing model. This would put it in the price range of around Rs 1.80 lakh to Rs 1.85 lakh (ex-showroom). When can we see it in the flesh? We expect the company to launch the motorcycle early next year. Once launched, the 2020 Thunderbird 350X will compete against the 2019 Bajaj Dominar 400.