The updated luxury sedan is expected to reach India in 2021 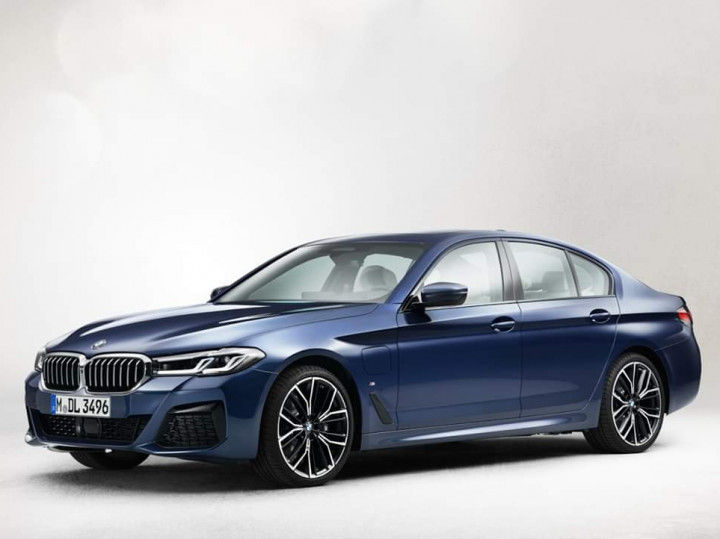 The current BMW 5 Series was launched almost three years ago in the country but it still doesn’t feel aged, in fact, it looks rather classy. That hasn’t stopped BMW from silently working on a facelift for the 5 Series. Now, the official images have been leaked ahead of its debut and we have to say, it’s a positive first impression.

If you’ve been worrying that BMW might implement its large kidney grilles on the 5, fret not. That is not the case, though the grille is slightly larger and connected while the LED headlamps are sleeker than ever. The new bumpers come with aggressively styled air dams while the hood is beefed up with muscular bulges. In profile, the facelifted 5 Series looks similar to the current car except for the redesigned dual-tone alloy wheels. Moving on to the rear, the facelifted 5 Series comes with redesigned tail lamps and sportier bumpers with quad-exhaust outlets.

The interior of the facelifted 5 Series is yet to be revealed. Expect it to be largely similar to the current model, except for a slight revision in the trims and upholstery to uplift the ambience.

BMW is yet to reveal the technical specifications of the facelifted 5 Series but the charging port on the left front fender could hint at the introduction of a hybrid variant. Expect the India-spec model to retain its 190PS 2.0-litre diesel, 252PS 2.0-litre petrol, as well as the ballistic 265PS 3.0-litre diesel powertrain options.

We expect the facelifted BMW 5 Series to hit Indian roads in 2021. It is likely to come at a premium over the current model which is priced from Rs 55.40 lakh (ex-showroom). It will lock horns with the Audi A6, Mercedes-Benz E-Class, Jaguar XF, and Volvo S90.